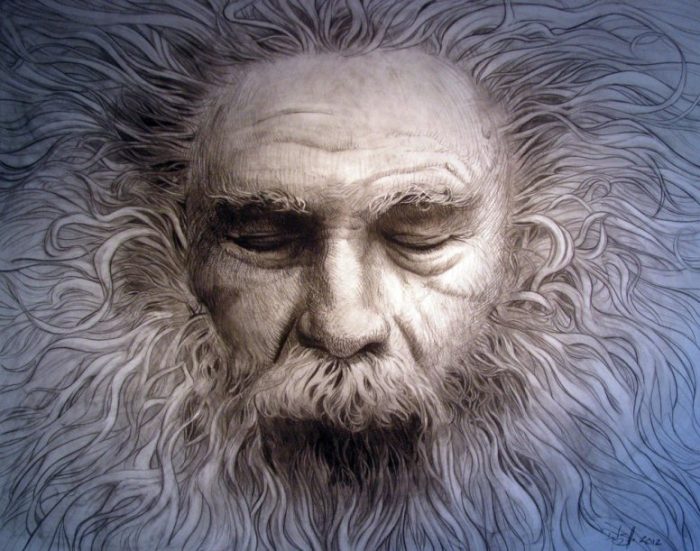 “Most people don’t grow up. Most people age. They find parking spaces, honor their credit cards, get married, have children, and call that maturity. What that is, is aging.”  ~ Maya Angelou

Life is a funny thing. As children, we play. As adults, we work. In between we develop relationships, raise families, pursue goals and pause every once in a while, attempting to gain some perspective on the whole thing. Before we know it, we are retired and approaching the end of our lives, wondering, where did the time go?

Throughout this process, it is impossible not to learn. Experience is the greatest teacher. And yet, there are so many of us who will end our lives still subject to the same core tendencies that we developed in early childhood. And, while it is these very personality traits that make us ‘who we are’, they also hold us back in numerous ways. In order for true growth to take place, an honest ability to reflect on oneself and one’s place in the world must be developed. Only then, after true contemplation has taken place, is it possible to integrate this understanding into our behaviour and see real maturity arise, real actions in the world that one would call wise.

Yet the modern world makes this very hard. We are so busy holding down jobs, keeping marriages together, paying the bills and raising kids that any time for true self-development is lost. Society assures us, of course, that it is these very things that make us adults, but if that was the case, would we still be seeing such high levels of depression and divorce, health problems and school-shootings? Are these the markings of a truly ‘mature’ society? Obviously not. In the true order of things it is not ‘playing by the rules’ that makes you a mature individual, but the recognition of a much deeper set of rules, and their development in the self. Here, then, are 6 clear signs that you are maturing, and not just aging.

Increasingly, we live in an on-demand world. With the exponential rise in technological smarts, patience levels seem to be dropping as a corollary. We have become so used to having our needs met at a quicker and quicker pace that there seems to be no stopping it. People want what they want, and they want it now. Yet no matter how fast our automation gets, no matter how much speed the service and technology industries gain, we will always be left waiting. Waiting is an intrinsic part of life. There is no escaping it. If you notice, as you get older, that you are more accepting of situations when they don’t go as planned, or long line-ups that can’t be avoided – even when you’re in a rush – congratulations! You have matured in a very particular manner and, whether you’re aware of it or not, you are no doubt happier because of it.

2. THE ABILITY TO LISTEN

The words ‘listen’ and ‘silent’ are composed of the same letters. In order to truly listen, one must first know how to be truly silent. What this is, is presence. You are present with the other person as they are speaking to you. Your mind is not wandering, you are not distracted or thinking about how they look or what they’re wearing, nor are you simply waiting for them to finish so you can then say your part. You are fully there with them, really hearing what’s being said and taking in both the emotion and the reality of it. It doesn’t matter whether it’s a 2-year old or a 90-year old, the mature person understands that only through the practice of this still and silent attention can they possibly respond in an honest manner.

3. A SURRENDER TO CHANGE

There’s only one constant in life: inconstancy. If there’s one thing both scientist and sage can agree upon, this is it. As we age, this is a lesson we learn time and again. No matter how strongly we attempt to keep things the same, there is simply no doing so. Even if it takes years, life will shake things up, scare you, force change upon you. It will dash your hopes and collect dust on your desires,  even as it surprises and delights you with things you could’ve never imagined. Most people, however, fail to grasp this and continue to push, plan, fight and resist, even up to the very end. If you are someone that has caught on, however – no matter what stage of life you may be at – again, congratulations! You have come to understand one of the greatest teachings the world has to offer: uncertainty is a precondition of life. This doesn’t mean, of course, that you don’t make plans and go about your business, it simply means that you let go of the need for things to turn out in a narrowly specific way. Which leads us to our next point…

4. A RELINQUISHMENT OF EXPECTATION

Ask most 20 year olds what kind of future they envision for themselves by the age of 40 and they’ll most likely have a few solid ideas. Check in with them at 40 and they’ll most likely tell you how they never could’ve imagined their lives turning out the way that it did. Far from being the burden so many experience this as, it is in fact one of life’s greatest gifts: the calling for you to release expectation. As we just pointed out, life is an organic process. Its flow is unpredictable. The mature person has been paying close enough attention to this over the years to actually come to understand it and integrate it into their world-view. This is the next stage of surrender to change, and it results in a change in perspective, due to a deep understanding of the uncertain nature of life itself. It’s signs are clearly reflected in the actions of the mature person – there is very little to no negative reactivity to what life throws at them. They have a calm presence. They’ve learned how to relax. Their mood is not dictated by specific outcomes, but comes instead from this Que Sera Sera attitude. They’ve learned how to go with the flow.

5. AN UNDERSTANDING OF WHAT ‘LOVE’ ACTUALLY IS

This is a big one. So many young people are sure that they have experienced ‘love’, when in fact what they’ve been through is an intense combination of biological and psychological need fulfilment, most often unconscious in origin. Unfortunately, this is often a pattern that continues throughout life for many, without there ever being a break-through into the deeper levels of love that lie waiting for them. Infatuation, lust and obsession are not love. It takes heartbreak, and the courage to face oneself to know and learn what love actually is. Whether it takes place in a string of relationships or in the issues that can arise over the course of a single, long-term love-affair, a mature person has come to understand that the purpose of all relationship is personal growth, and that nowhere is there more potential for personal growth than in the dynamics of their love relationship(s).

Through these relationships, the mature person has learned acceptance; they’ve learned empathy, understanding and compassion. Instead of appreciating only those things in the other person that they agree with or approve of, which is a very shallow form of love, they’ve learned to honour and even appreciate the other’s individuality instead, knowing that there is always something to be learned by the differences between them. In this way the love has deepened. It has become a choice, not some out-of-control whirlwind that sweeps you off of your feet and holds the power to make or break your happiness. Above all, the mature person understands that love is work. It is a commitment, and through the honouring of this work, through the honouring of this commitment, they have come to know levels of love, joy and ecstasy that could’ve never been reached through other means, no matter how seductive the shallower forms of love may have appeared at the time.

6. A RELEASE OF SELF-IMPORTANCE

The mature person has learned that the world doesn’t revolve around them. They know that they are not perfect, nor will they ever be, and they have therefore given up the game of projecting an air of perfection to others. They are honest about where they are at, their skills and talents, and their shortcomings. They understand that mistakes are an integral part of life, and they are not afraid to make them. They are also unafraid of being proven wrong. (In fact, the highly mature person celebrates it.) Having learned this, they are not only happier, but have probably accomplished many things, learning even more about both life and themselves in the process. Because of this, the mature person most likely enjoys what they do for a living. Those who have failed to get over themselves and face their fears are more likely to be stuck in a job they dislike. The willingness to try and fail, time and again – due to the understanding that they are not as important as their mind makes them out to be – leads to a greater understanding of one’s strengths and weaknesses and, ultimately, life itself. Although it seems almost paradoxical, through this releasing of a sense of self-importance, the mature person has almost assuredly achieved a number of important things.