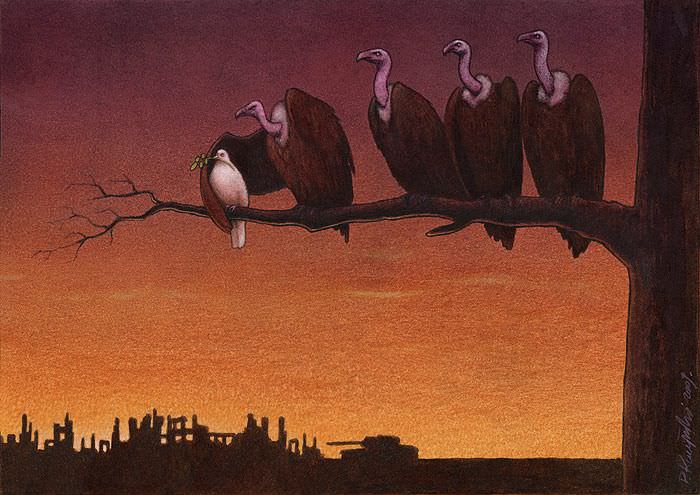 People are constantly fighting among themselves. They fight about whose God is the greatest, whose race is the supreme, whose political leader is the strongest or whose nation is the best.

And every few years, they make wars that kill millions of men, women and children, just so that some small groups of people can expand their geopolitical power and amass financial wealth.

Speaking of wealth, the richest man in the world today earns more than $215 million a day, while the median annual household income is about $10,000. And the world’s richest 1% have more than double the combined wealth of 6.9 billion humans.

If you think about it, there’s nothing of essence to separate us. At our core, we all want to live healthy and happy. Regardless of our political and economic ideology, nationality, ethnicity or religion, we all deep down need to give and receive love. So, instead of fighting against each other, why don’t we help each other?

Yes, we are all different in a lot of ways. I’d be a fool if I denied that. But “different” doesn’t mean “better” or “worse”. It just means “unique”. If you stop and think about it, our uniqueness is what adds to the beauty of existence. Imagine if everyone was exactly the same. How boring would the world be?

By embracing our uniqueness, we can celebrate human diversity, instead of seeking ways to suppress it. And there’s no need to fight for wealth and resources. Our world is abundant, having enough to satisfy everyone’s needs. But when the few steal from the many, how can there be peace and prosperity in the world? It’s impossible.

You see, most of our conflicts are money-related. But here’s the truth a lot of us have been conditioned to ignore: Money is just an illusion, a story we’ve collectively agreed upon. It doesn’t have intrinsic value. It’s just pieces of metal and paper, or bits on computers. Hence, just like we created this story, we can destroy it or totally transform it. We can create a story of unity and collaboration. And based on this story, we can redesign our global socioeconomic system so that it serves all people.

The good news is, we don’t need any more technology to achieve that. In this day and age, our problems at their core aren’t technical, but problems in human agreement. So, the question is: What kind of world do we want to live in? A world of competition and scarcity, or a world of collaboration and abundance? A world of war and fear, or a world of peace and love?

The choice is ours.