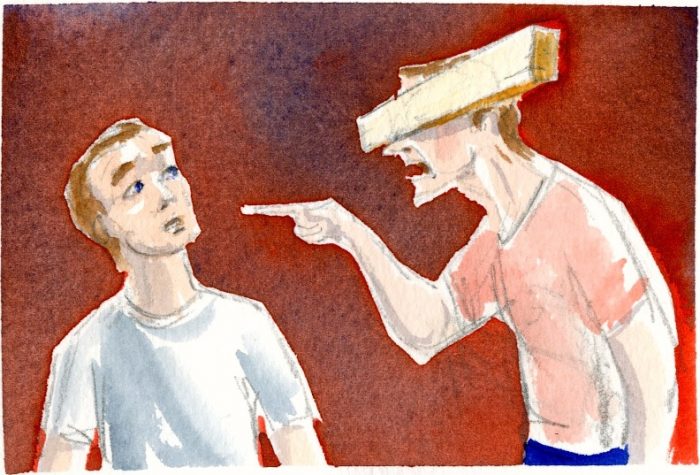 Recently, I wrote an article offering advice on how to stop being judgmental, and soon after it was posted, I received an interesting message from a reader, Paula, who expressed some of her concerns on the issue.

I don’t usually share my email conversations here, but this time I consider it important to do so, since I find that Paula’s experience is common to many people, and I thought it might be helpful to share my ideas with those of you who have similar concerns.

I base my whole outlook on not being judgmental, but in the end the people I love still judge me. In fact, I have made it an art to not judge people, so instead I just suffer because I realize that the people who judge me don’t really know me and don’t need to because they can think whatever they want. I somehow feel extra betrayed though, because I convinced myself that fair play is not judging. I know they are the ones losing because their own misery lies in their own perspective of the world…but when everyone does it, and I’m the only one that doesn’t…I am alone.

Is it possible that today the non-judgmental people are the snobs? Because that is the way it feels. Does that make sense to you?

I love your blogs,

Having a non-judgmental attitude is a result of the understanding that no one is perfect and everyone makes mistakes in life. It’s the realization that everyone has been through difficult times and is possibly moving towards a brighter tomorrow. It is the acceptance of the fact that every single person is a unique individual, and the comprehension that their individuality should be respected. A non-judgmental attitude gives others space to be who they are, and supports them in their efforts to turn into the best version of themselves.

Of course, the reality is that most people are quick to judge each other, and no matter how less we judge others, it’s likely that we’ll be judged by them… a lot. Does that mean that judging others would make life easier for you, just because you’re being judged by them? Not at all. In fact, doing so could create a hell out of your life. In essence, to judge means to have certain expectations from people — to want them to be different than who they are — and the reality is that no one is going to fulfill your expectations. Hence emotional anguish and social conflict is inevitably experienced by those who are focused on judging people.

You say that you feel betrayed and suffer because of others judging you. But what does that mean? That you judge yourself according to the opinions others have of you. To be non-judgmental means first and foremost to not judge your very self. How could you stop judging others if you can’t stop judging yourself? It’s impossible, for the way we see others is a reflection of how we see ourselves.

If you feel judgmental, there’s no point in trying to show that you’re not. Simply accept the fact that you are, and try to look into why that is so. Why the constant need to judge others? What is the reason behind your judgmental attitude and how does it make your life any better? Once you start sincerely asking those questions, you’ll change how you look at yourself and others, and this will be a good first step to developing a non-judgmental attitude.