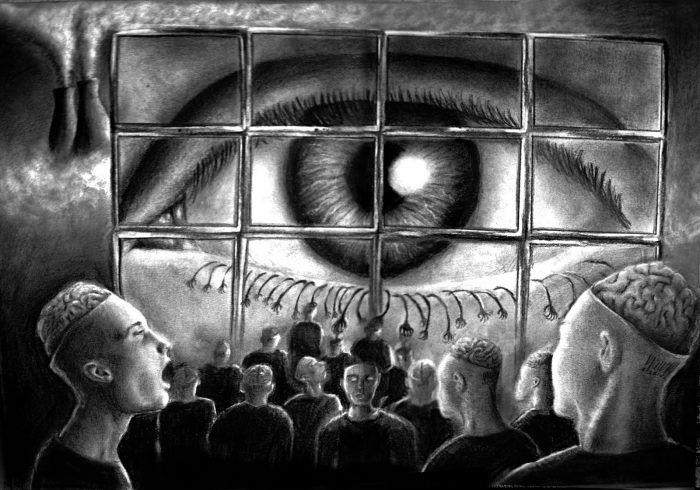 You have the freedom to speak your mind, right?

Well, not really. Let me explain.

The way you speak is the result of the way you think. That is, your thought process is reflected in how you express and communicate yourself through the means of language. Therefore, the more of a freethinking person you are, the more your speech will reflect your mind. On the contrary, the more manipulated your thinking is, the less you will be able to speak out your mind — because, in a sense, it is not yours.

How much of a freethinker do you think you actually are? The majority of people aren’t much: their ideas and opinions on the most important issues in life don’t sprout from their own experience and understanding, but are the result of their social conditioning. In other words, they have been programmed to accept and follow dogmas that were forced upon them by others through — just to name a few examples — school, religion, and the mainstream media.

So, again, give this some thought: If your thinking is controlled and bounded within a tiny mental box, how much freedom of speech do you actually possess?

Freedom of speech is pointless without freedom of thought

Everybody might be free to utter whatever comes to their mind, but what is so good about it if, for example, all that comes is nonsense arising from blind belief? To put it differently, what is the point of freedom of speech when there’s no freedom of thought?

Indeed, freedom of speech is pointless if speech is not powered by free, creative thought. Yet, we’ve been fooled into thinking that we have freedom of speech by those who want to manipulate us for their own gain, such as politicians, priests, and the economic elite — those who are ready to do anything in order to stay in positions of power. And what is their best way to do so? Keeping us dumb and obedient, while we actually believe that we possess knowledge and freedom. And the more we believe that we are free, the more we stay confined in a prison that we can’t even see — a mental prison with invisible bars. Unaware of our slavery, how can we seek freedom?

Many of us like to think that we’re entirely free, as if we were completely autonomous beings, decoupled from the environmental conditions we find ourselves in. In reality, we are all bound by the laws of nature and the influence of countless social and cultural forces that shape who we are since the day we were born — or, in fact, even before that, since the very moment we were conceived in our mother’s womb.

Therefore, our opinions and ideas cannot be entirely original, since they are largely shaped by the environment we exist in. Even Newton, one of the greatest thinkers of his time, is said to have uttered the following words: “If I have seen further than others, it is by standing upon the shoulders of giants.” But, although our way of thinking is heavily influenced by our surroundings, the question is how dogmatic it has become. Is it open to change, ready to adapt to emerging information, or is it rigid, confined to a belief system, preventing us from growing into more conscious, intelligent beings?

The truth is that the mind of most people is not open to challenge, and hence to change. It is closed off, a victim to its habits and social conditioning, insecure and passive, willing to follow orders, unable to think critically and solve problems. Of course, as I mentioned before, the establishment likes this kind of mind because it can be easily fooled and manipulated by the former to serve its vested interests. The establishment doesn’t like thoughtful people and tries its best to suppress their intelligence, because freethinking is the most revolutionary act, having the power to turn the world upside down and transform the entire social order as we know it.

Only once we become freethinking individuals, will we be able to possess true freedom of speech, and unless we learn to think for ourselves, our voices will have no power to bring the positive change our world is in dire need of.