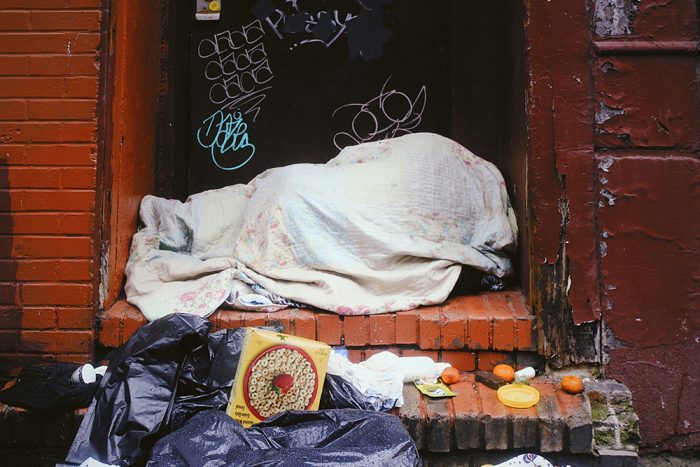 Some people are invisible. They exist, but in a sense they don’t exist at all.

You come across them often when you walk in the street. But usually you don’t look at them. Or you look at them for a split of a second but you don’t really see them. Your attention is always somewhere else.

I’m talking about the homeless.

Although it would be possible to provide housing for each and every human alive, it’s estimated that about 150 million people don’t have a roof to live under. Even in most affluent countries, up to hundreds of thousands of individuals don’t have a place to call home. In the United States, for example, over 500,000 people are living on the streets. At the same time, in the same country, roughly 18 million homes are unoccupied.

This is one of the craziest, most disturbing realities of our time. But nobody really seems to care. Most people consider homelessness as something normal, natural and inevitable. Some even think that it’s the homeless who are to blame for having no home. In their eyes, the homeless are just lazy and unproductive who have no goals or aspirations, hence in a sense they deserve the kind of life they’re living.

But as research has made clear, the homeless are generally disadvantaged people who come from low socioeconomic backgrounds and have been severely traumatized. They are individuals who were never given the emotional, intellectual and financial support needed to compete and succeed in our fierce economic system. They didn’t choose to fail, they were forced to. 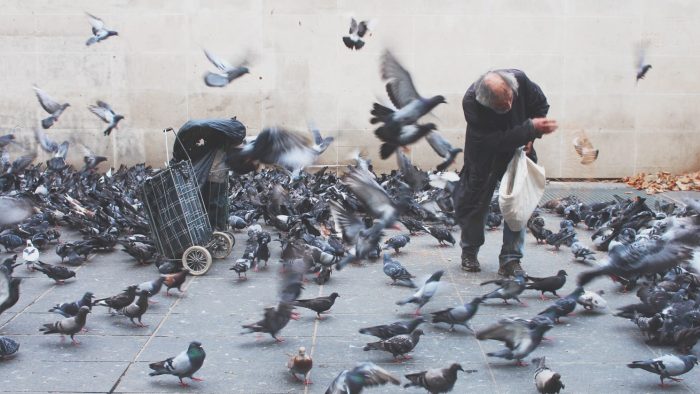 The homeless are victims of violence, but most of us have a hard time understanding this. That’s because when we hear of violence, we tend to think of it as a direct, human-to-human affair. For example, a man shooting another man with a gun is an act of violence. This kind of violence falls under the category of “behavioral violence”. But there’s another kind of violence that is subtler and a bit more difficult to comprehend. It’s called “structural violence” and is defined as “preventable violence, death and suffering resulting from human-generated institutions, specifically socioeconomic inequality”.

Imagine that you were born in one of the poorest and most violent neighborhoods of your country. Growing up in such unfortunate conditions, you fell victim to physical and sexual abuse multiple times during your childhood. To deal with the harsh reality you were immersed in, you turned to alcohol and other drugs. By your teenage years, you developed a drug addiction which soon resulted in schizophrenia, a debilitating mental disorder that prevented you from completing your education and finding employment. Unable to get a job and having no one to financially support you, at the age of 16 you had no choice but to roam the streets, having from then on to strive each day in order to survive, with your physical and mental health steadily deteriorating, making it nearly impossible to escape from the situation you are in.

Looked at this way, homelessness is nothing but an outcome of our unfair and inhumane economic system. In that system people have to constantly compete for money and resources, and inevitably some of them win while others lose. The homeless are perhaps the biggest losers of them all.

To end homelessness, we need to change our economy. Yet to do so, we first need to question the very foundations of our society, and that means to question ourselves, since we are the ones who collectively make up society. But we don’t dare to do that — we’re afraid to take a look in the mirror and make sense of the world and the role we play in it, lest it will shatter our cherished illusions of who we are. So we instead choose to deny reality. That’s why we ignore the homeless: to avoid facing a truth that we have for so long repressed. As filmmaker and social critic Peter Joseph put it: 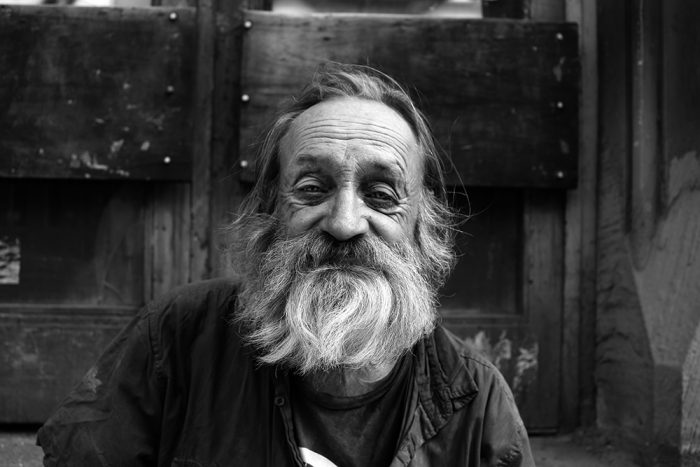 Next time you happen to pass by homeless people, I urge you not to look away from them too quickly. If possible, stay by their side and observe them for a while. Try to step into their shoes and feel how they feel. Imagine what they must have gone through to have ended up living on the streets and all the hardship they must have to endure on a daily basis. Lastly, consider what we could do as a society to alleviate their suffering and if there’s anything you can personally do to help achieve that.