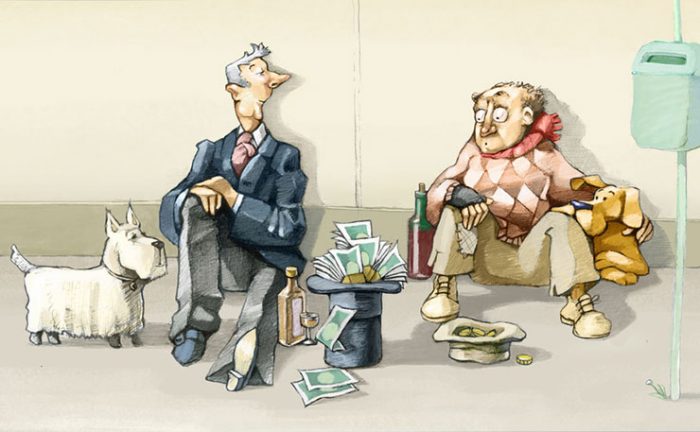 Epidemiological studies show again and again that income inequality within a given population is having negative effects on its public health.

In particular, it has been found that the greater the income inequality in a society, the more likely it is that its people will suffer from disease, with those most affected being the ones low in the socioeconomic ladder, whose health is significantly worse compared to the ones high in the ladder.

Below you are going to read some collected excerpts from the eye-opening book The Zeitgeist Movement Defined that presents and explains important findings from such scientific studies, all pointing to the negative public health effects of income inequality.

So, let’s begin with these studies, the results of which show a causal relationship between income and physiological health:

Professor Michael Marmot of the Department of Epidemiology and Public Health at the University College of London directed two important studies relating social status to health. Using the British civil service system as the subject group, they found that the gradient of health quality in industrialized societies is not simply just a matter of poor health for the financially disadvantaged and good health for everyone else. They found that there was also a social distribution of disease as you went from the top of the socioeconomic ladder, to the bottom and the types of diseases people would get would change on average. For example the lowest rungs of the hierarchy had a fourfold increase of heart disease based mortality, compared to the highest rungs. [1]

These aren’t the only studies that found such a link. Here is another study worth mentioning:

A 2009 study in the American Journal of Epidemiology called “Life-Course Socioeconomic Position and Incidence of Coronary Heart Disease” found that the longer a person remains in poverty, the more likely he or she is to develop heart disease. [2]

In an earlier study by epidemiologist Dr. Ralph R. Frerichs, focusing specifically on the socioeconomic divide in the city of Los Angeles, CA, found that the death rate from heart disease was 40 percent higher for poor men over all than for wealthier ones. [3] 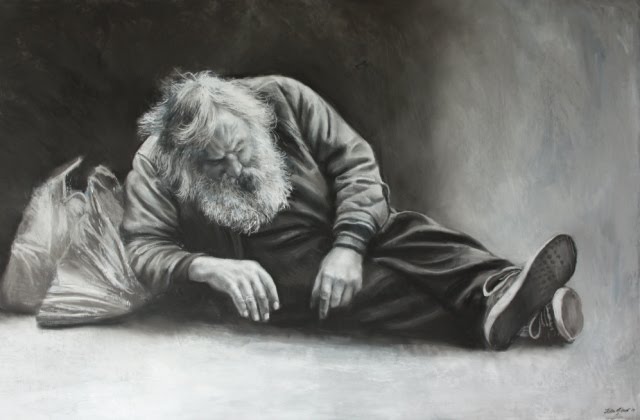 As you might have already guessed, it’s not only heart disease that affects mostly people of lower socioeconomic class. In fact, research shows that there is a variety of diseases that are more likely to afflict them:

Heart disease aside, some cancers, chronic lung disease, gastrointestinal disease, back pain, obesity, high blood pressure, low life expectancy and many other problems are also now found to be linked to socioeconomic status in the broad view, not just singular risk factors. [4]

How to explain these findings?

But why do people of lower classes run a higher risk of developing those diseases, compared to the ones of upper classes? The answer is simple:

[…] clearly poor health habits occur in lower income environments due to the lack of funds for better nutrition [5] medical attention [6] and education. [7] For example, many of the high fat, high sodium risk factor foods leading to heart disease tend to be the most inexpensive food found in stores. 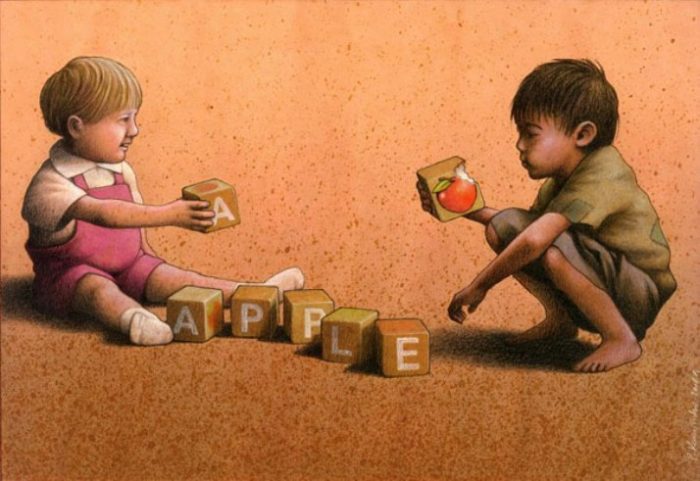 To better understand how poverty is negatively affecting health, consider this:

[…] Our socioeconomic model produces goods based upon the purchasing power abilities of targeted demographics. The decision to produce poor quality food goods is made for the interest of profit and since the vast majority of the planet is relatively poor, it is no surprise that in order to meet that market, quality must be reduced to allow for competitive buying. In other words, there is a market for each social class and naturally the lower the class, the lower the quality. This reality is an example of a direct social system link to causality for such a disease. While education about the difference between quality food products could help the decision process of a poor person to eat better, the financial restrictions inherent to their condition could easily make that decision difficult if not impossible as, again, such goods are more expensive on average.

What about the negative effects of income inequality on psychological health, you might ask. Here are some research findings that show how the increasing income inequality in Britain and the US has impacted people’s health, as also written in The Zeitgeist Movement Defined:

It’s important to mention here that, contrary to what most believe, research shows that people living in developed countries aren’t considerably happier or healthier than people in “developing” countries, despite possessing more material wealth. [13]

What about the genes?

Of course, many will rush to question those findings, thinking that it’s the different genetic makeup of people that leads them to develop depression or other mental disorders, and not the environmental conditions they live in. However, as British social epidemiologist Richard Wilkinson points out,

“[A]lthough people with mental illness sometimes have changes in the levels of certain chemicals in the brain, nobody has shown that these are causes of depression, rather than changes caused by depression…although some genetic vulnerability may underlie some mental illness, this can’t by itself explain the huge rises in illness in recent decades – our genes can not change that fast.” [14]

These findings should concern us all, considering the extreme income inequality that prevails in the world, with the richest 1% possessing as much wealth as the rest of the human population combined. It’s time to wake up and see how destructive our current economic system is, and collectively join our efforts to create a better one that will serve all people.

4. A qualifier here to note is that this phenomenon relates more so to relatively wealthy societies in general than it does to inherently poverty stricken societies.

5. Quote from the study Can Low-Income Americans Afford a Healthy Diet?: “Many nutritional professionals believe that all Americans, regardless of income, have access to a nutritious diet of whole grains, lean meats, and fresh vegetables and fruit. In reality, food prices pose a significant barrier for many consumers who are trying to balance good nutrition with affordability.” (http://www.ncbi.nlm.nih.gov/pmc/articles/PMC2847733/)

6. Reference: Medical costs push millions of people into poverty across the globe, WHO (http://www.who.int/mediacentre/news/releases/2005/pr65/en/index.html)

9. Sourcing the Anxiety Disorders Association of America, this article is a recommend summation: http://www.msnbc.msn.com/id/39335628/ns/health-mental_health/t/whyare-anxiety-disorders-among-women-rise/#.UI9PRoUpzZg

11. The age of anxiety? Birth cohort change in anxiety and neuroticism, J.M. Twenge, Journal of Personality and Social Psychology, 2007

13. Reference: The Dramatic Rise of Anxiety and Depression in Children and Adolescents, Peter Gray, 2012