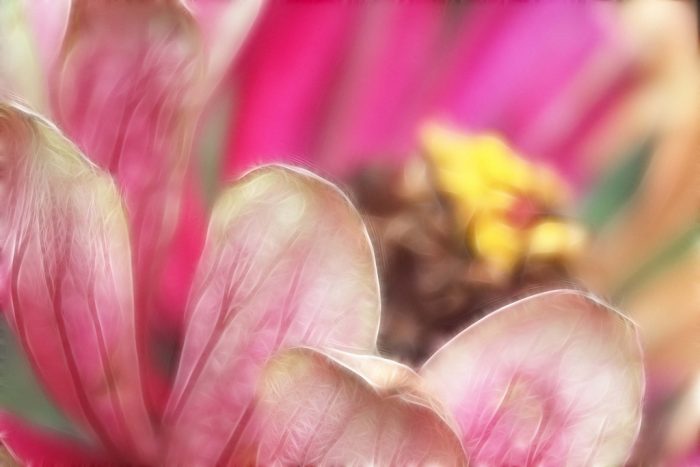 One of the chief causes of lack of zest is the feeling that one is unloved, whereas conversely the feeling of being loved promotes zest more than anything else does.

A man may have the feeling of being unloved for a variety of reasons. He may consider himself such a dreadful person that no one could possibly love him; he may in childhood have had to accustom himself to receiving less love than fell to the share of other children; or he may in fact be a person whom nobody loves. But in this latter event the cause probably lies in a lack of self-confidence due to early misfortune. The man who feels himself unloved may take various attitudes as a result.

He may make desperate efforts to win affection, probably by means of exceptional acts of kindness. In this, however, he is very likely to be unsuccessful, since the motive of the kindnesses is easily perceived by their beneficiaries, and human nature is so constructed that it gives affection most readily to those who seem least to demand it.

The man, therefore, who endeavors to purchase affection by benevolent actions, becomes disillusioned by experience of human ingratitude. It never occurs to him that the affection which he is trying to buy is of far more value than the material benefits which he offers as its price, and yet the feeling that this is so is at the basis of his actions.

Another man, observing that he is unloved, may seek revenge upon the world, either by stirring up wars and revolutions, or by a pen dipped in gall, like Dean Swift. This is a heroic reaction to misfortune, requiring a force of character sufficient to enable a man to pit himself against the rest of the world.

Few men are able to reach such heights; the great majority, both of men and women, if they feel themselves unloved, sink into a timid despair relieved only by occasional gleams of envy and malice. As a rule, the lives of such people become extremely self-centered, and the absence of affection gives them a sense of insecurity from which they instinctively seek to escape by allowing habit to dominate their lives utterly and completely.

For those who make themselves the slaves of unvarying routine are generally actuated by fear of a cold outer world, and by the feeling that they will not bump into it if they walk along the same paths that they have walked along on previous days.

If you are walking over a chasm on a narrow plank, you are much more likely to fall if you feel fear than if you do not. And the same thing applies to the conduct of life. The fearless man may, of course, meet with sudden disaster, but it is likely that he will pass unscathed through many difficult situations in which a timid man would come to grief.

This useful kind of self-confidence has, of course, innumerable forms. One man is confident on mountains, another on the sea, and yet another in the air. But general self-confidence towards life comes more than anything else from being accustomed to receive as much of the right sort of affection as one has need for. And it is this habit of mind considered as a source of zest that I wish to speak about in the present chapter.

It is affection received, not affection given, that causes this sense of security, though it arises most of all from affection which is reciprocal. Strictly speaking, it is not only affection but also admiration that has this effect.

Persons whose trade is to secure public admiration, such as actors, preachers, speakers, and politicians, come to depend more and more upon applause. When they receive their due meed of public approbation their life is full of zest; when they do not, they become discontented and self-centered. The diffused goodwill of a multitude does for them what is done for others by the more concentrated affection of the few.

The child whose parents are fond of him accepts their affection as a law of nature. He does not think very much about it, although it is of great importance to his happiness. He thinks about the world, about the adventures that come his way and the more marvelous adventures that will come his way when he is grown up. But behind all these external interests there is the feeling that he will be protected from disaster by parental affection.

The child from whom for any reason parental affection is withdrawn is likely to become timid and unadventurous, filled with fears and self-pity, and no longer able to meet the world in a mood of gay exploration. Such a child may set to work at a surprisingly early age to meditate on life and death and human destiny. He becomes an introvert, melancholy at first, but seeking ultimately the unreal consolations of some system of philosophy or theology.

The world is a higgledy-piggledy place, containing things pleasant and things unpleasant in haphazard sequence. And the desire to make an intelligible system or pattern out of it is at bottom an outcome of fear, in fact a kind of agoraphobia or dread of open spaces. Within the four walls of his library the timid student feels safe. If he can persuade himself that the universe is equally tidy, he can feel almost equally safe when he has to venture forth into the streets. Such a man, if he had received more affection, would have feared the real world less, and would not have had to invent an ideal world to take its place in his beliefs.

By no means all affection, however, has this effect in encouraging adventurousness. The affection given must be itself robust rather than timid, desiring excellence even more than safety on the part of its object, though of course by no means indifferent to safety.

The timid mother or nurse, who is perpetually warning children against disasters that may occur, who thinks that every dog will bite and that every cow is a bull, may produce in them a timidity equal to her-own, and may cause them to feel that they are never safe except in her immediate neighborhood. To the unduly possessive mother this feeling on the part of a child may be agreeable: she may desire his dependence upon herself more than his capacity to cope with the world. In that case her child is probably worse off in the long run than he would be if he were not loved at all.

The habits of mind formed in early years are likely to persist through life. Many people when they fall in love look for a little haven of refuge from the world, where they can be sure of being admired when they are not admirable, and praised when they are not – praiseworthy. To many men home is a refuge from the truth: it is their fear and their timidities that make them enjoy a companionship in which these feelings are put to rest. They seek from their wives what they obtained formerly from an unwise mother, and yet they are surprised if their wives regard them as grown-up children.

To define the best kind of affection is not altogether easy, since clearly there will be some protective element in it . We do not feel indifferent to the hurts of people whom we love. I think, however, that apprehension of misfortune, as opposed to sympathy with a misfortune that has actually occurred, should play as small a part as possible in affection.

Fear for others is only a shade better than fear for ourselves. Moreover it is very often a camouflage for possessiveness. It is hoped that by rousing their fears a more complete empire over them can be obtained. This, of course, is one of the reasons why men have liked timid women, since by protecting them they came to own them. The amount of solicitude of which a person can be the object without damage to himself depends upon his character: a person who is hardy and adventurous can endure a great deal without damage, whereas a timid person should be encouraged to expect little in this way.

Affection received has a twofold function. We have spoken of it hitherto in connection with security, but in adult life it has an even more essential biological purpose, namely parenthood. To be unable to inspire sex love is a grave misfortune to any man or woman, since it deprives him or her of the greatest joys that life has to offer.

This deprivation is almost sure sooner or later to destroy zest and produce introversion. Very frequently, however, previous misfortunes in childhood have produced defects of character which are the cause of failure to obtain love in later years. This is perhaps more true where men are concerned than it is as regards women, for on the whole women tend to love men for their character while men tend to love women for their appearance.

In this respect, it must be said; men show themselves the inferiors of women, for the qualities that men find pleasing in women are on the whole less desirable than those that women find pleasing in men. I am not at all sure, however, that it is easier to acquire a good character than a good appearance; at any rate, the steps necessary for the latter are better understood and more readily pursued by women than are the steps necessary for the former by men.

Source: “Affection,” from The Conquest of Happiness, by Bertrand Russell
Photo courtesy of Christine Cimala