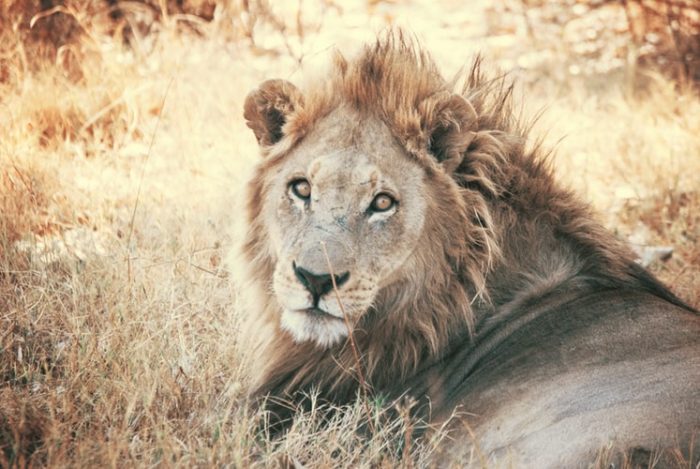 A few days ago I posted an article concerning the unnecessary suffering and death that we humans collectively impose on animals so that we can eat them. The responses I received from readers were plenty, but the following one stood out, since it’s raising some common anti-vegan arguments people come up with, which I find immensely important to address:

We are obviously the top predator on the planet. This necessarily inflicts pain on the animals we predate upon.

I am an unapologetic eater of animal flesh. A meat eater.

I do not apologize for being the top predator.

I am capable of reason. I am not fixed in my opinions. I want to know why you feel there is any moral reason for me to give up eating meat, I do not think you have made a strong logical argument.

Is your only argument emotional? I am not immune to emotional argument. After all my attachment to meat as food is sensual. Meat tastes good! For me the overlap of senses and emotions is substantial.

Hi R and thanks for your message.

I understand where you’re coming from. I used to be a meat eater for many years myself, and I can see why you might find no problem with eating meat.

The reality, which most people haven’t been exposed to, is that the human body doesn’t need to feed on animal products in order to be healthy. In fact, meat, just like milk, cheese, and eggs, is detrimental to our health, as numerous scientific studies have proven. Therefore, since we don’t need to eat meat, why unnecessarily torture, exploit, and kill animals? Like most people find it inhumane to eat dogs or cats, I’m saying that eating pigs, cows, chicken, and so on, is just as inhumane.

Now you can argue that it’s OK to kill animals in order to eat them, since non-human animals, such as lions, are killing and eating other animals. But if that’s the case, then humans killing their babies must also be OK, since lions, for example, sometimes do that to their own babies, which I guess you (just like 99,999% of the human population) would not agree with. Therefore, just because something occurs in nature doesn’t make it morally justifiable (since you fancy logic, I’d suggest you to have a good look into the so-called “appeal to nature fallacy” to further comprehend what I’m trying to point out here). In addition, humans can choose whether to eat meat or not, but lions don’t have that choice — they’re committed carnivores and merely act on instinct.

As far as the taste of meat is concerned, I won’t bother arguing whether it’s good or not. Assuming that it’s good, however, the question is: Is taste more important to you than life and well-being? In order for you to taste meat, an animal — that is, a sentient being — had to be abused and slaughtered, so by consuming meat you’re basically contributing to the unnecessary suffering and death of animals. Unfortunately, as I pointed out in my article, most people have been disconnected from animals and don’t feel empathy toward them, so they value the momentary pleasure they derive from eating meat over the life of the animal that had to die so that they could experience that pleasure.

Again, I can understand your confusion and doubts, since I also used to think in a similar fashion before my realization took place. Social conditioning can sometimes affect us so deeply that we get used to living in a very unconscious way, unable to understand how programmed our thinking and behavior have become. But the fact that you say you’re not fixed in your opinions makes me think that you’ll take the time to contemplate further on the issue of animal rights and re-consider your lifestyle for the benefit of your health and the animals.