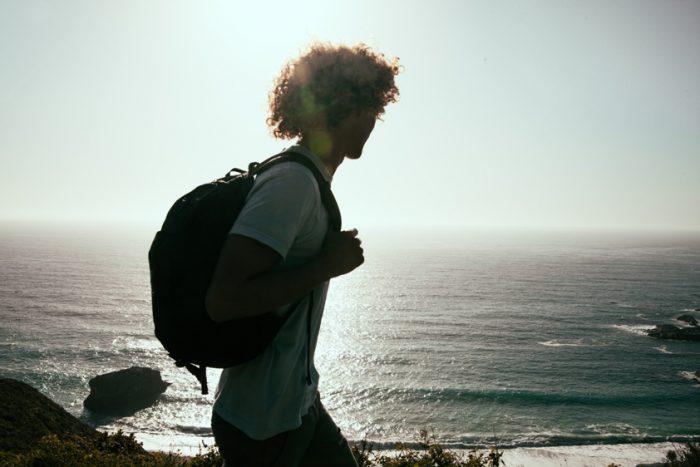 “Education is what remains after one has forgotten what one has learned in school.” ~Albert Einstein

School is supposed to help children grow into intelligent human beings, by providing them with the knowledge and tools needed to create a fulfilling life. However, the reality is that in most places around the world school isn’t teaching children the lessons that are essential to living this kind of life.

Here’s a list of 10 such lessons that children aren’t taught in school, although it is utmost important that every person should know:

One of the most harmful ideas children are taught in school is that to memorize information about things means to actually understand them. Hence, most of them don’t learn to develop their critical thinking skills or base their reasoning on evidence. Instead, they blindly accept and believe what is forced upon them by tradition, without questioning whether what they know is true or not, which is preventing them from evolving into wiser individuals.

From a very young age, children are fooled into believing that acquiring a college degree will make them feel happy and important, no matter how much suppression they will have to endure to achieve that. But the truth is that degrees and titles can’t bring us fulfillment, since they can’t provide us with what we truly long for — things such us meaning, connection and creativity. They can only provide us with temporary, superficial egoistic gratification, but eventually they always let us down.

3. Failure can be a good thing.

Children are usually deeply afraid of failure. That’s because as school students they’ve been brainwashed to think that failure is a bad thing and that they need to avoid making mistakes at any cost. The reality, however, is that mistakes and failure are actually what teach us truth from fiction and right from wrong, and hence help us to become better thinkers and problem-solvers. Unfortunately, due to their conditioning, many aren’t anymore setting new goals in life, lest they’ll encounter failure, and thus throw away the opportunity to learn and grow.

4. Doing nothing is not a waste of time.

When a child doesn’t feel like doing something an adult would consider productive, but feels like relaxing, contemplating, or playing and having fun, its parents and teachers usually complain that it’s merely wasting time. This way children learn from an early age that leisure time is meaningless and futile, and that being continuously busy working hard is the only thing that gives purpose and meaning in life. This puts them under a constant state of stress that sooner or later results in emotional fatigue and psychosomatic illnesses. What no one taught them is that taking time off to relax and do nothing can in fact help us to — among other things — let go of our worries and concerns, recharge our batteries, and focus on the present moment.

In modern society, we believe that laziness is some sort of an evil thing and that those who are lazy have nothing better to do in life. The truth, however, is that laziness is in essence a form of rebellion against the sick normalcy of society. As school students, most children have to attend class, where they do all kinds of things they hate doing and rarely something they actually enjoy. It’s no wonder, therefore, that they become lazy and super bored to live a life they never chose and which doesn’t bring them any joy. When, however, they’re given the time and space to do what they love doing, they are suddenly filled with energy and express themselves with the totality of their being. Looked at this way, laziness is nothing but a healthy sign that one is still a sensitive person who doesn’t want to conform to the madness of our world.

In school, children are taught that they have to sacrifice their time and energy, as well as to suppress themselves for years upon years in order to get a degree, so they can later use it to get a decent job. As a result, by the time they become adults most of them have associated work with suppression and sacrifice. One of the essential life lessons that children aren’t taught in school is that work can be meaningful and fulfilling, if carried out with love. Work can in fact be one of the most beautiful experiences, when the desire for it sprouts spontaneously from within. When, however, work is being done out of compulsion — because one has to do it — it turns into mere drudgery.

From the moment children enter school, they are taught that competition is healthy and helps improve their learning process. This way school imbues them with the belief that competition contributes to our well-being and progress, both on an individual and collective level. Research, however, disagrees. Studies have shown that when children collaborate, they learn more easily than when they compete. In addition, they’ve shown that cooperation boosts people’s creativity and problem-solving, proving the belief that competition is beneficial wrong. In fact, competition and the war mentality that prevails in the world only hinders the progress of human civilization, and is the main cause of the everyday stress and violence that prevails all around us.

In school, children’s knowledge and understanding are being tested by exams. The students who are doing well in exams are usually being looked up to by their teachers and those who don’t are looked down upon. This gives students the impression that exam results are a sufficient measure of their intelligence. Yet, school exams as we know them to exist today in most parts of the world are far from testing most aspects of human intelligence. In fact, they’re usually nothing more than memory tests that require students to just learn by heart and regurgitate information that they’ll most likely forget once they’ve graduated from school.

The reason main why children are told to go to school is that by doing so they will manage at some point later in their lives to get a job and earn enough money, which in turn will bring them happiness. Hence, children are given the impression that money should be their primary goal in life, and that the more of it they have, the more successful they’ll be. However, although in our competitive, scarcity-driven economic system it is true that money is needed to “earn us a living,” it is cannot buy us happiness. Happiness, as research shows, is mainly derived from healthy relationships with people and meaningful work, and is almost entirely unrelated to money once our basic physical needs are met.

Every person is unique, without exception. Yet, our school system and our society in general are forcing children to conform to a pattern, follow rules and take a predetermined path. This is particularly done in school where children have to obey to authority figures and blindly accept what they are being taught by them. However, history has repeatedly shown that all the great minds to have ever walked on earth chose to rebel against the herd mentality, question authority and traditional beliefs, and think for themselves. The way of non-conformity is certainly not easy to walk on, but it’s the only way to find freedom and fulfillment.

“A child educated only at school is an uneducated child.” ~George Santayana