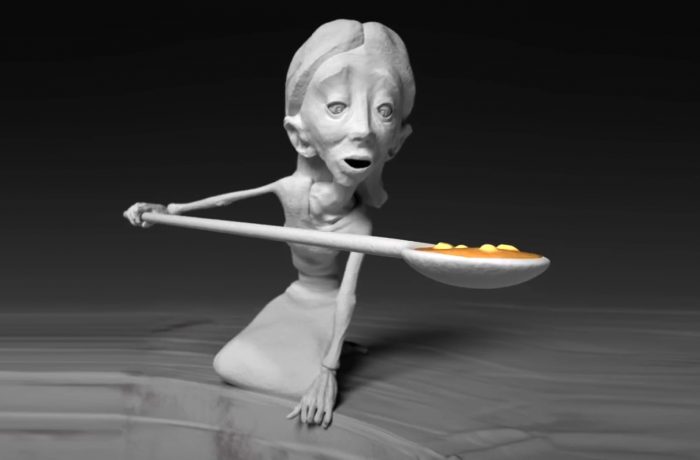 Over a decade ago, when I was a first-year undergraduate psychology student, a friend invited me to join a group meditation at the Buddhist temple that happened to be at the University campus.

Before the meditation started, the Buddhist instructor who worked at the temple shared an old yet profoundly beautiful story with us that I still keep like a treasure in my heart.

I was reminded of this story recently when I randomly came across it online, and felt the desire to share it with you. No one knows for sure who wrote it, but it’s often attributed to Rabbi Haim of Romshishok.

May you learn and enjoy.

One day a man said to God, “God, I would like to know what Heaven and Hell are like.”

God showed the man two doors. Inside the first one, in the middle of the room, was a large round table with a large pot of vegetable stew. It smelled delicious and made the man’s mouth water, but the people sitting around the table were thin and sickly. They appeared to be famished. They were holding spoons with very long handles and each found it possible to reach into the pot of stew and take a spoonful, but because the handle was longer than their arms, they could not get the spoons back into their mouths.

The man shuddered at the sight of their misery and suffering. God said, “You have seen Hell.”

Behind the second door, the room appeared exactly the same. There was the large round table with the large pot of wonderful vegetable stew that made the man’s mouth water. The people had the same long-handled spoons, but they were well nourished and plump, laughing and talking.

The man said, “I don’t understand.”

God smiled. “It is simple,” he said. “Love only requires one skill. These people learned early on to share and feed one another. While the greedy only think of themselves…”