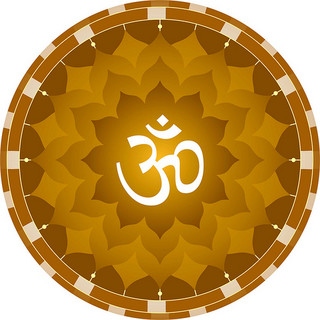 Words are seals of the mind, results – or, more correctly stations – of an infinite series of experiences, which reach from an unimaginably distant past into the present, and which feel their way into an equally unimaginable distant future. They are ‘the audible that clings to the inaudible’, the forms and potentialities of thought, which grow from that which is beyond thought.

The essential nature of words is therefore neither exhausted by their present meaning, nor is their importance confirmed to their usefulness as transmitters of thoughts and ideas, but they express at the same time qualities which are not translatable into concepts – just as a melody which, though it may be associated with a conceptual meaning, cannot be described by words or by any other medium of expression. And it is just that irrational quality which stirs up our deepest feelings, elevates our innermost being, and makes it vibrate with others.

The magic which poetry exerts upon us, is due to this quality and the rhythm combined therewith. It is stronger than what the words convey objectively – stronger even than reason with all its logic, in which we believe so firmly. The success of great speakers is not only due to what they say, but how they say it. If people could be convinced by logic and scientific proofs, the philosophers would long since have succeeded in winning over the greater part of humanity to their views.

On the other hand, the sacred books of the great world-religions would never have been able to exert such an enormous influence, because what they convey in form of thoughts is little, compared to the works of great scholars and philosophers. We are therefore justified in saying that the power of those sacred scriptures was due to the magic of the word, i.e., due to its sacred power, which was known to the Wise of the past, who were still near to the sources of language.

The birth of language was the birth of humanity. Each word was the sound-equivalent of an experience, connected with an internal or external stimulus. A tremendous creative effort was involved in this process, which must have extended over a vast period of time; and it is due to this effort that man was able to rise above the animal.

If art can be called the re-creation and formal expression of reality through the medium of human experience, then the creation of language may be called the greatest achievement of art. Each word originally was a focus of energies, in which the transformation of reality into the vibration of the human voice – the vital expression of the human soul – took place. Through these vocal creations man took possession of the world – and more than that: he discovered a new dimension, a world within himself, opening upon the vista of a higher form of life, which is as much beyond the present state of humanity as the consciousness of a civilized man is above that of the animal.

The presentiment of the higher state of existence is connected with certain experiences, which are so fundamental, that they can neither be explained nor described. They are so subtle that there is nothing to which they can be compared, nothing to which thought or imagination can cling. And yet, such experiences are more real than anything else we can see, think of, touch, taste, hear or smell – because they are concerned with that which precedes and includes all other sensations, and which for that reason cannot be identified with any of them. It is, therefore, only by means of symbols that such experiences may be hinted at, and these symbols again are not invented arbitrarily, but are spontaneous expressions, breaking through the deepest regions of the human mind.

The forms of divine life in the universe and in nature break forth from the seer as vision, from the singer as sound, and are there in the spell of vision and sound, pure and undisguised. Their existence is the characteristic of the priestly power of the seer-poet (of the kavi, who is drashtar). What sounds from his mouth, is not the ordinary word, the shabda, of which speech is composed. It is mantra, the compulsion to create a mental image, power over which IS, to be as it really is in its pure essence. Thus it is knowledge. It is the truth of being, beyond right and wrong; it is real being beyond thinking and reflecting. It is “knowledge” pure and simple, knowledge of the Essential, Veda (Greek “oida”, Germean “wissen”, to know). It is the direct simultaneous awareness of the knower and the known. Just as it was a kind of spiritual compulsion with which the seer-poet was over-powered by the vision and word, thus, for all times, wherever there are men who know how to use mantra-words, they will possess the magic power to conjure up immediate reality – be it in the form of gods or in the play of forces.

In the word mantra the root man =“to think” (in Greek “menos,” Latin “mens”) is combined with the element tra, which forms tool-words. Thus mantra is a “tool for thinking”, a “thing which creates a mental picture.” With its sound it calls forth its content into a state of immediate reality. Mantra is power, not merely speech which the mind can contradict or evade. What the mantra expresses by its sound, exists, comes to pass. Here, if anywhere, words are deeds, acting immediately. It is the peculiarity of the true poet that his word creates actuality, calls forth and unveils something real. His word does not talk – it acts!

Thus, the word in the hour of its birth was a centre of force and reality, and only habit has stereotyped it into a mere conventional medium of expression. The mantra escaped this fate to a certain extent, because it has not concrete meaning and could therefore not be made to subserve utilitarian ends.

But while the mantras have survived, their tradition has almost died out, and there are but a few nowadays who know how to use them. Modern humanity is not even able to imagine how profoundly the magic of word and speech was experienced in ancient civilizations and the enormous influence it had on the entire life, especially in its religious aspects.

In this age of broadcasting and newspapers, in which the spoken and the written word is multiplied a millionfold and is indiscriminately thrown at the public, its value has reached such a low standard, that it is difficult to give even a faint idea of the reverence with which people of more spiritual times or more religious civilizations approached the word, which to them was the vehicle of a hallowed tradition and the embodiment of the spirit.

The last remnants of such civilizations may still be found in the countries of the East. But only one country has succeeded in keeping alive mantric traditions up to the present day, and this country is Tibet. Here not only the word, but every sound of which it consists, every letter of the alphabet, is looked upon as a sacred symbol. Even though it may serve a profane purpose, its origin is never forgotten or completely disregarded. The written word is therefore always treated with respect and never thrown away carelessly, where men or animals could trample it under foot. And if it is a matter of words or scriptures of a religious nature, even the smallest fragment of them is treated with the respect of a precious relic and will not be destroyed willfully, even though it may have ceased to serve any useful purpose, but it will be deposited in specially built sanctuaries and receptacles, or in caves, where it is left to its natural desolution.

This may appear as primitive superstition to the outsider, who observes such action divorced from their psychological connexions and their spiritual background. The Tibetan is not as primitive as to believe in the independent ‘life’ of a piece of paper or the letters written upon it (as a naive animist might do), but he attaches the greatest importance to the attitude of one’s own mind, which finds its expression in each of these action and has its foundation in the recognition of an ever-present higher reality, which is called up and made effective in us by every contact with its symbols.

Thus the symbol is never degraded into a mere object of temporary utility, nor is it only reserved for ‘Sunday use’ or occasional worship but it is a living presence, to which all profane and material things and all necessities of life are subordinated. Indeed, what we call character and becomes the exponent of a reality behind all phenomena integrates even the lowliest and most insignificant things into the great connexions of universal happenings.

‘In the smallest you will find a master, whom the deepest in you can never satisfy.’ (Rilke.) If this spiritual attitude would be interrupted anywhere, it would lose its fundamental unity and therewith its stability and its force.

The seer, the poet and singer, the spiritually creative, the psychically receptive and sensitive, the saint: they all know about the essentiality of form in word and sound, in the visible and the tangible. They do not despise what appears small or insignificant, because they can see the great in the small. Through them the word becomes mantra, and the sounds and signs of which it is formed, become the vehicle of mysterious forces. Through them the visible takes on the nature of symbols the tangible becomes a creative tool of spirit, and life becomes a deep stream, flowing from eternity to eternity.

Source: “The Magic of Words and The Power of Speech,” from Foundations of Tibetan Mysticism, by Lama Anagarika Govinda