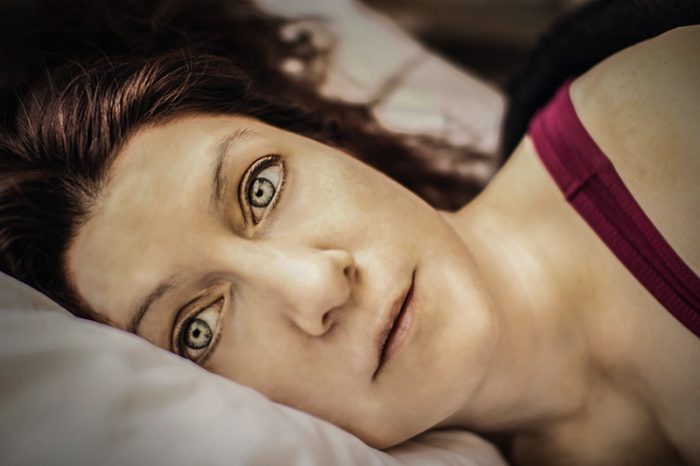 “Neither a man nor a crowd nor a nation can be trusted to act humanely or to think sanely under the influence of a great fear.” ~Bertrand Russell

Fear. Without it we wouldn’t be able to survive.

Why? Because it’s the emotion that warns us about potential threats to our survival and urges us to protect ourselves from them.

Let me give you an example to illustrate what I mean.

Imagine that you’re walking outside in the dark and suddenly you see a snake jumping right in front of your feet. Immediately fear kicks in. You start sweating, your heart rate goes up, and your cortisol as well as adrenaline levels increase. The snake could be poisonous, so you immediately need to protect yourself from it.

In such a dangerous situation, your natural response is most likely going to be one of the following:

Fear, as the above example shows, is a protective mechanism that is part of our survival instinct, helping us to stay alive and healthy. But here’s the problem: When that mechanism becomes overactive, and we start fearing things that don’t actually pose us any threat, it can wreak havoc not only with our well-being (due to too much stress), but also with our decision-making (because fear, as you’ll soon find out, can hinder clear thinking).

Manipulative people are very aware of the latter and try their best to control how you think and behave by using fear-based tactics. Here you’ll learn what some of those tactics are, as well as what you can do to avoid falling into their trap.

Do as They Say, Or Else…

Whether you know it or not, fear is constantly being used against you. By whom? Well, here are a few examples: politicians, marketers, and the media.

Let’s have a closer look at how they do that, starting with politicians.

The vast majority of politicians are demagogues. A demagogue is defined as “a political leader who seeks support by appealing to the desires and prejudices of ordinary people rather than by using rational argument.”

Now, the emotion politicians like to appeal to the most is fear. By intentionally spreading messages that make the general public feel like it’ll be harmed or utterly destroyed if they aren’t elected in positions of power or don’t implement certain policies, politicians are able to persuade the masses to support them.

You might be wondering: How can that be possible? Don’t people base their decisions on conscious, rational thinking?

Well, they do, much of the time, but rarely when they are gripped by fear of a threat, whether real or imagined. Here’s why, according to cognitive psychologist and economist Robin M. Hogarth:

“By creating a state of emergency in our psyche, fear distracts us from the relevant facts on which we should base our conscious decisions. A fight-or-flight instinct kicks in instantaneously when we’re afraid, leaving no time for us to question its merits. The resulting knee-jerk reaction often leads to a short-term solution that only tackles the symptoms. This act-first-think-later approach, however, doesn’t address underlying causes.”

To illustrate how fear has been used by politicians to influence the layman, let’s watch a fear-mongering ad used during Lyndon Johnson’s 1964 presidential run to persuade voters to support him instead of his warmonger Republican opponent Barry Goldwater who, according to the ad, would surely lead the US into a nuclear war if elected.

Political leaders harp on any reason they can find to make us panic: terrorism, immigrants, drugs, crime, minorities, and various others.

A master at creating panic is the ex-president of the United States, Donald Trump. In fact, that’s one of the main reasons why he was able to become the US president in the first place.

Trump’s rhetoric went like this: Illegal immigrants are pouring drugs and violence into America. Radical Islamic terrorists are preparing for another big US attack. Christians are being executed en masse in the Middle East. And so on and so forth.

And what was the solution to all those issues? He himself, of course. As sociologist and author Barry Glassner put it:

“[Donald Trump’s] formula is very clean and uncomplicated: Be very, very afraid. And I am the cure.”

Another American president who used a lot of fear-based rhetoric was George W. Bush. For instance, right after the 9/11 tragedy, the warning he issued was: “Be afraid, be very afraid.” Then for years onward he was repeatedly talking about America being in danger of more terrorist attacks and that the only way to make it safe again was to bomb Iraq.

Today, it’s crystal clear that Bush had a hidden agenda: to expand and strengthen the American Empire by gaining economic and geopolitical power. Panicked and confused, millions of Americans couldn’t understand what was really going on and blindly consented to the so-called War on Terror.

I could go on giving many more examples of politicians who’ve tried to control the masses through the use of fear, but I think these will suffice to carry my point across.

When we feel that our survival is threatened, we’re ready to do just about anything to protect our lives. Yet we’re often unknowingly harming ourselves instead.

For example, a study estimates that at least a thousand additional lives were lost in US road accidents the year after the 9/11 attacks. The reason? At that period of time a lot more people chose to drive rather than fly, out of fear of another possible air-bound terrorist attack, although the probability of death due to inflight terrorism is calculated to be 1 in 540,000, while the probability of dying from a car accident is calculated to be 1 in 7,000.

Of course, it’s understandable why American citizens chose driving over flying. If you pay attention to any mainstream newspaper or TV channel, you must be thinking that terrorism is one of the top causes of death. The reality, however, is that you are way more likely to die from a multitude of other causes than terrorism, including heart disease, cancer, obesity, suicide, workplace accidents and contaminated food. But the mainstream media doesn’t seem to care about those. So why does it make such a fuss over terrorism?

There are various reasons, such as siding with their preferred political parties, but the most important one is simply this:

When, for instance, you read a newspaper headline that elicits a fear response in you, you are much more likely to get the newspaper and read it. Why? Because as author and journalist Neil Strauss put it:

“We’re wired to respond to fear above everything else. If we miss an opportunity for abundance, life goes on; if we miss an important fear cue, it doesn’t.”

Fear drives better ratings and better ratings means increased profit. The mainstream media knows this very well and is doing its best to capitalize on it. By terrorizing us, it’s able to keep our attention hooked and ruthlessly exploit us for its financial gain.

You are What You Buy

Another way fear is used to control you is through commercial advertisements.

You might not be consciously aware of it, but corporations are heavily using fear-based advertising to make you buy their stuff. And it has been found to work pretty well. By instilling fear in people, advertising manipulates them into making emotional rather than reasoned choices.

Let’s see an example of how fear-based advertising works.

All the great marketers know well that one of the primary human desires is to connect with other humans and feel part of a community, and hence that one of the things people are most afraid of is to be excluded from their social groups. So through advertising, marketers usually try their best to convince you that if you don’t buy stuff nobody will like you anymore and that you’ll probably be ostracized by your community.

Buy the latest iPhone and you’ll not appear to be poor. Get this pair of Nike shoes and you’ll be cool. Obtain this wristwatch and you’ll feel important. Purchasing them will cost you some money, but not doing so will cost you your happiness.

Afraid and insecure, most people blindly do what they’re told, thus wasting their hard-earned money buying things they don’t really need and which only provide them with a temporary, superficial sense of belonging.

Now that we’ve looked at some different ways fear is being used against you, I’d like to share with you a few simple tips that can help you to avoid falling victim to fear-based manipulation.

The first and most important thing is to identify fear when it arises within you and try to see it for what it is, without shying away from it or pretending that it’s not there. By bringing fear into your conscious awareness, you’ll be able to examine where it’s coming from and what message it’s trying to convey to you, which will help you to better understand and deal with it. In fact, research suggests that just acknowledging an emotion and explicitly identifying fear can help manage its subsequent effects on our behavior.

Secondly, when dealing with political, social or other important issues, remember to associate feelings of fear with the need to slow down and regain mental and emotional clarity. Instead of succumbing to impulsive reactions, take the time to educate yourself on the issue at hand. This will not only allow you to assess your options and take better-informed decisions, but also to discern what you should fear from what you shouldn’t.

Lastly, instead of blindly conforming to the norm and obeying to authority figures, act mindfully and take responsibility for your actions. Just because your favorite politician, an award-winning journalist or a commercial on a major TV channel tells you what to do or believe, that doesn’t mean you should. Sadly, after years upon years of conditioning, most people don’t use their critical thinking and instead let others think for them. To break free from that conditioning, be sure to doubt — and not mindlessly accept — any “truth” that’s being thrown at you by someone else, regardless of who that person might be.