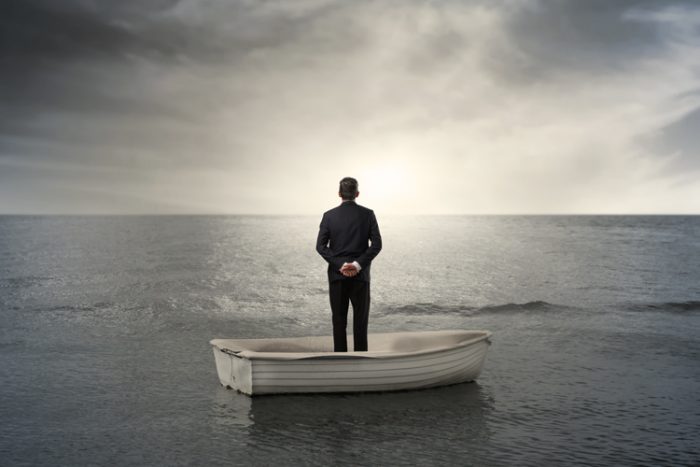 “A believer is a bird in a cage, a freethinker is an eagle parting the clouds with tireless wing.” ~Robert Green Ingersoll

Most of us like to think that we are freethinkers, but how many of us truly are?

How many people actually think for themselves, without falling victims to beliefs or ideologies? How many are not heavily influenced by the misinformation that the media is presenting them with? How many are choosing to have certain opinions just because an authority figure told them to or because tradition holds them to be true?

The reality is that most people don’t know how to think critically, and blindly accept the beliefs that were handed to them by society. But unless one learns to think for oneself, how can one grow into a wiser human being? It’s impossible.

Here’s a small and concise practical guide on how to become a freethinker that will help you to break free from the prison of belief and arrive at your own conclusions in your quest for truth.

How to Become a Freethinker

Doubt your beliefs. The first and most important step to become a freethinking individual is to doubt the beliefs that have been forced upon you by others. Whatever your beliefs are — whether religious, political, philosophical and so on — be sure to question, scrutinize, and discard any of them when you find no solid evidence supporting them.

Question authority. Most people choose to obey and blindly follow what authority tells them is true and right. They don’t think for themselves — they let others do the thinking for them instead. A freethinker never accepts anything on authority. S/he asks questions and is open to accept any answers that point to the truth, even if they go against the opinions and beliefs of authority figures.

Observe your behavior. Although we tend to think that we act out of free will, most of our actions are actually carried out on an unconscious level. In a sense, we are victims to our habits. To become a freethinker, you need to become more aware of your thoughts, actions, and overall behavior. Once you do so, you’ll be able to better understand yourself and make more conscious choices in life, without behaving in certain ways just because you feel compelled to.

Escape the herd. Another important step to become a freethinker is to detach yourself from group thinking. People choose to conform in all sorts of ways just to feel accepted and liked by others. To achieve that, many people unquestionably accept what others tell them is right and true, out of the fear of being left out. By escaping the herd mentality, you’ll be able to think more clearly, without feeling the pressure to comply with others.

Research. A freethinker cares about truth like nothing else. In the journey to finding truth, there are guides that can help one approach it easier and quicker. If you’re searching for truth, it would be beneficial if you gathered knowledge from as many sources as you can, such as books, articles, documentaries, and podcasts. Do whatever helps to expand your consciousness.

Be open to change. Last but not least, a freethinker is a person with a flexible mind. That means, a person who is open to learning new things and ready to change his/her mind when presented with evidence that contradicts his/her opinions and beliefs. A freethinker doesn’t accept anything blindly, yet at the same time doesn’t shrink from considering emerging perspectives and ideas that may challenge his/her worldview.

“Freethinkers are those who are willing to use their minds without prejudice and without fearing to understand things that clash with their own customs, privileges, or beliefs. This state of mind is not common, but it is essential for right thinking.” ~Leo Tolstoy