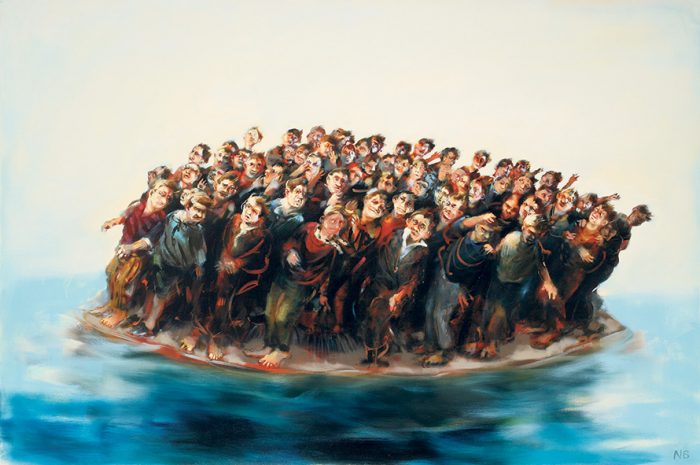 The “population problem” has a Phoenix-like existence: it rises from the ashes at least every generation and sometimes every decade or so.” ~Murray Bookchin

Often, when I write an article that addresses a social or an environmental issue, I receive messages from readers telling me that Ι forgot to mention the main problem our planet is faced with today: Overpopulation.

There are too many of us in the world, they say, while resources are not enough for everyone. As a result, people need to compete with each other for them, and inevitably some — the winners — have enough to satisfy their needs, while others — the losers — have to starve and die. In addition, they say that overpopulation is at the root of the plundering of the Earth that we can notice almost all around us. Therefore, if we want to avoid ecological catastrophe and get rid of poverty and famine, we first and foremost need to control the human population.

But how true are those claims? Well, let’s find out.

Currently, the world population is 7.8 billion — the highest it has ever been. Only a century ago, it was less than a quarter of that — that is, about 1,8 billion. Is it any wonder then, population alarmists say, that we’re amidst a social and an ecological crisis?

What they forget to consider, however, is that perhaps the problem doesn’t lie in how many people are alive, but in how people live. If they did, they’d soon change their minds.

The human population number that the Earth can sustain primarily depends on the rate natural resources are being used up by humans: The more and faster we consume them, the fewer people the Earth can sustain. According to research, if we minimized our excessive consumption, the Earth can easily sustain way more than the current population. In the words of environmental author Charles Eisenstein:

“If everyone consumed resources at the rate of an average North American, the sustainable world population would be about 1.5 billion. If everyone lived the lifestyle of an average Guatemalan, the present population would be sustainable. And if everyone lived as ecologically as a traditional Indian villager, the planet could sustain 15 billion people or even more. Most estimates put the carrying capacity of the planet at between 8 and 16 billion people […]”

Another issue that’s often overlooked by population alarmists is that of food waste. On a global scale, it has been estimated that there’s so much food wasted that could feed every single hungry person alive. For example, in the US — the epitome of waste — about half of all food isn’t eaten but thrown away. At the same time, 1 out of 6 American citizens lack access to affordable, nutritious food. So, what’s the real problem here: Overpopulation or overconsumption and the unequal distribution of resources?

The Dark History of Population Control

In 1968, biologist Paul Ehrlich wrote the book The Population Bomb, which within a couple of years of its publication became a huge bestseller. In its opening chapter, the book contains a vivid description of the author’s experience of a taxi ride, which he took through the slums of Delhi:

The book argued that there were too many people in the world, and because of that humanity had taken a disastrous yet unchangeable course that would soon lead to severe famines, the spread of diseases, social destabilization, and genocide, among other negative social consequences. Here’s a now infamous statement from the original edition of the book that warned people about what was to come:

“The battle to feed all of humanity is over. In the 1970s hundreds of millions of people will starve to death in spite of any crash programs embarked upon now. At this late date nothing can prevent a substantial increase in the world death rate…”

By the 1970s, most of the assumptions and predictions made in The Population Bomb were proved wrong. However, The Population Bomb still had a great impact on the public opinion concerning the threatening effects of overpopulation, and its ideas fueled what’s now known as the “population control movement”.

Through policies that enforced sterilization, governments around the world tried to reduce human birth rates. By a vast difference, the biggest population control efforts took place in impoverished, “third world” countries. In the “developed” world, population control programs were the strongest in the US, and mainly targeted the indigenous and the unprivileged citizens of the country: Native and African American women, women of Puerto Rican and Mexican descent, Asians, the imprisoned, the mentally ill, and the poor whites.

Within only a few years, in India alone millions upon millions of people underwent forcible sterilization. In the words of journalist and social activist Yavor Tarinski:

When overpopulation was embraced by Nation-States and supranational organizations, it led to horrific practices such as forced sterilization. One of the grimmest examples is India, where during the 1970s, encouraged by tens of millions of dollars loaned from the World Bank, the Swedish International Development Authority and the UN Population Fund, Indira Gandhi’s government began large-scale sterilization efforts. Those efforts peaked in 1975, when the prime minister suspended civil liberties, declaring a state of “emergency” and sterilized over six million people in a single year, an estimated 15 times the number of people sterilized by the Nazis. And once again it was the poorest and most disempowered who were sacrificed in the name of population control.

In retrospect, it’s obvious that the population control movement wasn’t just about reducing the reproductive rates to avoid the “dangers of overpopulation.” Rather, it was mainly about weeding out those groups of people that the ruling elite viewed as weaker, inferior, or simply put, “less than human”. In other words, it was a cruel and unjust action plan that sprouted from bigotry and prejudice. As Tarinski points out, “overpopulation was used as a pretext for the ruling classes to get rid of the people on the margins of society, who have become superfluous in the cogs of the system.”

(It’s worth noting that although it’s not widely known and is rarely talked about, forced sterilizations of marginalized groups still occur today in many parts of the world, including China, India, Canada and the US.)

Living Within the Earth’s Limits

As I’ve already pointed out, we don’t have an overpopulation crisis, but a consumption and wealth/resource distribution crisis. This, however, doesn’t mean that we can keep on growing as a species indefinitely. The Earth has limited resources, and, even if we ever succeed in extracting, using, and managing them in the most efficient way possible, we still need to make sure that the human population doesn’t exceed the planet’s carrying capacity. If we don’t, sooner or later we’re bound to see tremendous social destabilization and ecosystems collapse.

The good news is that to prevent that from happening, forced sterilization isn’t needed. In fact, there are more effective, compassionate methods of reducing fertility rates among humans, with the best two being providing women access to education and decreasing mortality rates. Education provides women with more life opportunities and greater political power, both of which help them to break free from the rule of patriarchy and take control over their lives. As far as mortality rates are concerned, parents whose children are more likely to die tend to have more of them, to make sure that enough of them will survive past adulthood. Hence, increased life expectancy generally results in lower birth rates. 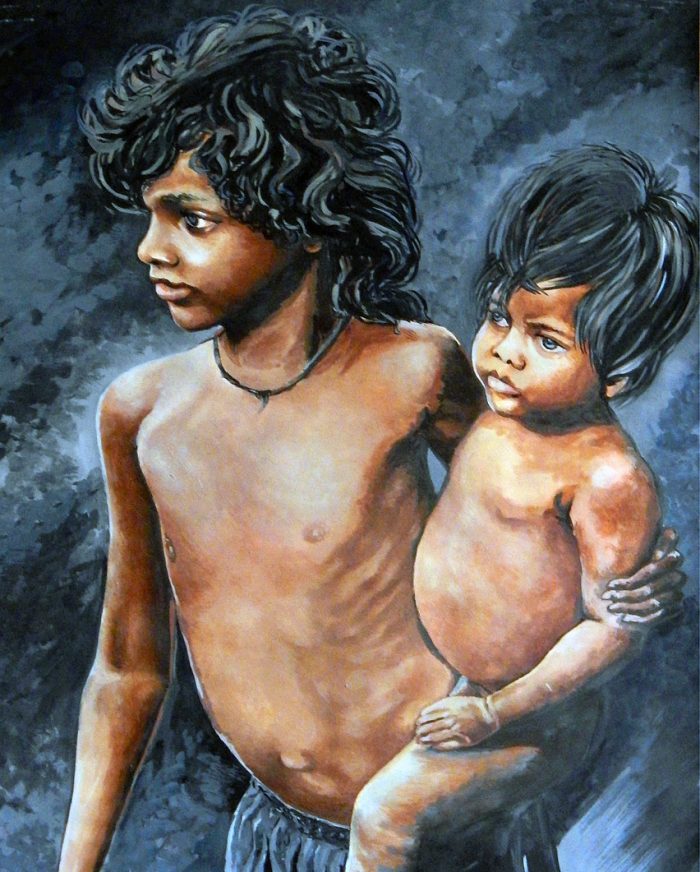 Debayan Kar, Dream and the Poverty

The countries with the highest fertility and infant mortally rates are mostly in Africa. Countries outside of Africa include Palestine, Iraq and Afghanistan. Those are all countries where poverty and uncertainty of the future prevails.

On the other side of the spectrum, the vast majority of “developed” countries — including the US, Canada, Germany, Poland, South Korea and Japan — have fertility rates below the replacement rate (according to estimates, the average replacement rate is about 2 babies per couple), as well as low infant mortality. In fact, in countries like Japan the fertility rate is so low that robots are being created to support the needs of the elderly, since there aren’t enough people to do it. And many countries around the world (such as Finland, Estonia, Italy, Japan, and Australia) offer people financial incentives to have more children.

But here’s the problem: People in “developed” countries generally consume considerably more resources. Indeed, the less impoverished a country becomes, the more resources it tends to consume. Hence, to live within the Earth’s limits, reducing fertility rates isn’t enough. Other than eliminating poverty and providing males and females equal rights, we additionally need to get rid of overconsumption, and hence to transition away from our consumption-based, growth-driven economy towards a steady-state one that’s aligned with nature. Then, we’ll avoid overwhelming our planet with more people than it can sustain, and make the most environmentally-friendly use of its resources.