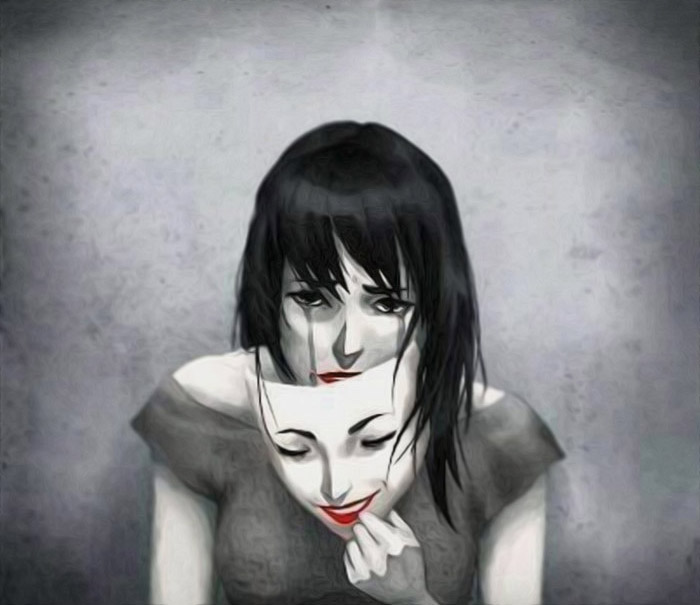 Just the other day I saw an interesting meme. It showed a young man building a cage around himself. And on top of it, the following was written:

“The expectations of others were the bars I used for my own cage.”

The meme reminded me of a situation many people — perhaps yourself included — find themselves in: trying to please others, while harming themselves in the process.

There’s a term to describe that kind of behavior: it’s called people-pleasing, and it usually starts in our early childhood.

Where People-Pleasing Comes From

When we were children, we had certain needs, primarily to be protected and provided for. But sadly, many of us grew up in an unsafe, unstable or abusive environment that made us experience a lot of stress and suffering.

To create a safer environment, we learned to please the people closest to us, such as our parents and siblings. Therefore, people-pleasing can be seen as a trauma response, an adaptive coping mechanism that serves a tremendously important reason: to help us deal with situations our well-being or even survival depends on.

But here’s the problem: even now as adults many of us still unconsciously engage in this behavioral pattern, when we don’t really need to. People-pleasing has become our second nature, and, whether we realize it or not, it is negatively affecting our lives.

The Most Common Habits of People Pleasers

Before we see what the negative effects of people-pleasing are, let’s first have a look at some common behavioral and psychological habits of people pleasers:

Now let’s turn our attention to how people-pleasing is affecting our lives.

The Negative Effects of People-Pleasing

The effects of people-pleasing can be seriously detrimental to ourselves, our relationships and the world around us. Below are the most important ones:

Stress, anxiety, fatigue and illness. To keep others satisfied, people pleasers emotionally suppress themselves quite a lot. They might want to cry in sadness or scream in anger, but they instead wear a fake smile to avoid conflict. They might want to sit quiet and relax, but they instead carry out tasks given to them by others. They might want to say “no” and step away from a relationship, but they instead choose to comply and stay with someone who’s abusing them. As a result of this ongoing emotional suppression, people pleasers experience chronic stress, which can lead to fatigue as well as mental and physical illnesses. In addition, because people pleasers are fixated on controlling people and situations, they tend to experience a lot of anxiety, as well as disappointment when things don’t turn out the way they wish.

Resentment and regret. When we don’t follow our gut, reject our inner voice, outsource our knowing or do things that are not in alignment with our needs and core values in order to please others, we’re dismissing our feelings and emotions, and therefore we’re, in a sense, betraying ourselves. In addition, when we’re constantly trying to please others, we usually end up finding that they take us for granted, which can make us feel unappreciated. Hence, we might end up experiencing resentment, and eventually regrets for not having spent our lives the way we wanted to.

Dysfunctional relationships. Although all that people pleasers want is to improve their relationships, in reality they’re unconsciously messing them up. There are several reasons for that, one of them being their dishonest behavior. If you think about it, people pleasers are, in a sense, liars, for they are pretending to be someone they are not. Of course, they don’t lie out of malicious intent, but in order to protect themselves. They are like chameleons, changing their appearance to adapt to their environment, hence nobody gets to know their true colors — at least, at the beginning of a relationship. This often results in communication problems, and once the truth surfaces, it can lead to serious interpersonal conflict. Another reason why people pleasers end up finding themselves in messed up relationships is that, due to their lack of assertiveness and weak interpersonal boundaries, they tend to attract narcissists and bullies into their lives. But because of the manipulative tactics of the latter, they might still feel accepted, loved and wanted, which is often what keeps them stuck in toxic relationships.

Lack of joy, freedom, meaning and purpose. People pleasers are living in a mental cage that prevents them from expressing their authenticity. They find it extremely hard to let go, enjoy themselves, pursue their dreams, or just speak out their mind and heart, for they are constantly concerned about what others think of them. As a result, they feel that their lives lack joy, freedom, meaning and purpose. Because of that, they tend to experience a sense of emptiness within, which they often mistakenly try to fill by pleasing others instead of taking care of their own needs.

Political obedience and conformity. Though often neglected by psychologists when talking about the negative effects of people-pleasing, this is another point worth mentioning. People pleasers tend to comply with sociopolitical systems, even if those are oppressing them and their fellow humans, or are destroying society and the planet. That’s because people pleasers are often scared to publicly question political authority, raise their voice against it, or move to the opposite direction of the masses. Instead, they are usually passive, conforming, doing as they are told, perhaps secretly waiting for some religious or political figure to save them — thus allowing injustices to continue, although they know well in their hearts that those are wrong and ought to be stopped.

How to Stop People-Pleasing

If you’ve found yourself to be people-pleasing often, and you’re wondering how to stop it, the following guide might come in handy.

I hope you found the above guide helpful. Needless to say, to stop people-pleasing can be imnmensely difficult, for it requires breaking down long-held mental and behavioral patterns. But through introspection, self-compassion and the cultivation of honesty, it can definitely be stopped, or at least minimized.