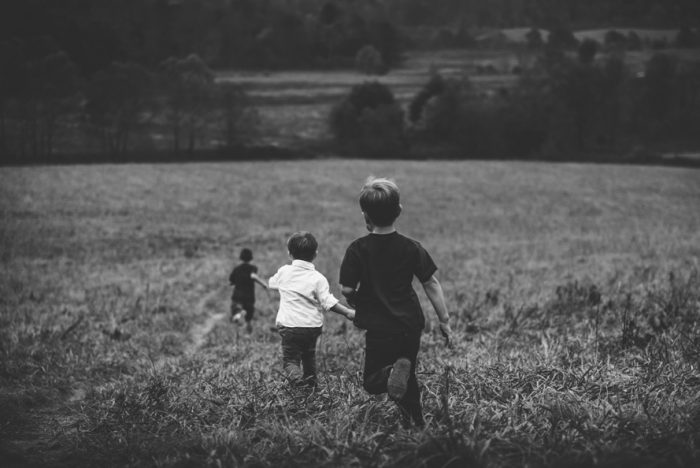 School is supposed to help children grow into intelligent, conscious, responsible adults, who have acquired the essential skills for living well, and who can contribute their important gifts to the world.

The truth, however, is that generally speaking school isn’t like that at all. On the contrary, as it exists in most places across the globe, school is making the majority of children stupid and depressed. Here’s how:

1. It teaches children to be obedient

At school, children are forced to obey authority figures who tell them how to behave and how not to.

They are told to sit at a desk for hours without complaining, and do nothing other than memorizing information that in most cases they’ll never need in their lives. They are told when to talk, when to move, even when to pee.

Under this constant psychological pressure, many children end up suffering from chronic anxiety and depression.

2. It teaches children what to think, not how to think

School does not teach children how to develop their critical thinking skills so that they can assess information and reach their own conclusions when presented with it. On the contrary, they are made to accept what they are being taught on faith alone.

This way school stunts children’s intellectual growth, turning them into thoughtless automatons who can’t reason or question the beliefs they’ve been conditioned to hold.

3. It teaches children to be uncreative

Children’s imagination is wild, but school does a perfect job in suppressing it.

For example, although children are incredibly creative, the Arts are nearly nonexistent in most schools around the world, since a career path in the Arts is commonly considered not to be profitable or important.

As a result, instead of being allowed to creatively express themselves through painting, music, dance, theater, and so on, children are most of the time forced into doing and learning things they don’t care about and which don’t help them to cultivate the imaginative and creative aspects of their psyche.

4. It teaches children to fear failure

Mistakes teach us right from wrong, and thus allow us to grow in wisdom.

School, however, is conditioning children to fear making mistakes, and to avoid failure at any cost. It’s coercing them to study for the sole purpose of passing exams, and those who fail or don’t do quite well at them are looked down upon, sometimes even mocked at, as if they themselves are failures.

Because of that, many children learn to see failure as a terribly bad thing, which makes them avoid setting new goals later on in life, lest they’ll encounter failure.

5. It teaches children to think play is bad

Children enjoy doing things for no other reason than play.

Play makes their hearts pulsate with joy and puts a big smile on their face. As they grow up, however, they are made to believe that play is a waste of time, since it doesn’t bring in money. In addition, they are taught that they should be serious, uptight, and constantly worried about future ends.

Not surprisingly, by the time they finish school many children are immensely anxious, and some of them are even depressed, experiencing a chronic state of stress that doesn’t allow them to let go of their concerns, relax into the present moment and enjoy their everyday life.

6. It teaches children to avoid listening to their heart

Unlike most adults, children are in tune with their inner voice and know what their heart is beating for.

But by the time they become adults — that is, after years upon years of psychological programming — they usually lose touch with that voice.

This programming takes place mainly at school, where for over a decade they have to do things they hate doing yet which society rewards them for. As a result, they often waste the rest of their lives following a path that doesn’t bring them meaning and fulfillment.

7. It teaches children to associate money with success

Another way school is making children dumb and depressed is by having them confuse monetary gain with successful living.

At school, children are taught that the primary goal in life is to earn a good salary, and to achieve that they have to get a good college degree and find a high-paying job. Thus, when they become adults many of them don’t pursue work they love, and instead choose to do work that feels like a never-ending drudgery.

8. It teaches children to sacrifice today for the sake of tomorrow

The present moment is all that we have.

The future, just like the past, doesn’t exist, and if we give it too much attention, we won’t be able to enjoy the here and now. Unfortunately, however, most of us are always aiming for some future end, believing that once we reach it, we’ll be happy and fulfilled.

This mentality has been imbued in us mainly via schooling. At school, children are made to believe that sacrificing today will bring them great rewards tomorrow. Yet, being constantly focused on the future, they can’t savor the present moment, until they reach to an old age and find themselves filled with regrets for having wasted the precious gift of life.

To read more of my thoughts on the negative effects of our modern school system, as well as the ideals and principles that a healthy education system would embody, click here.