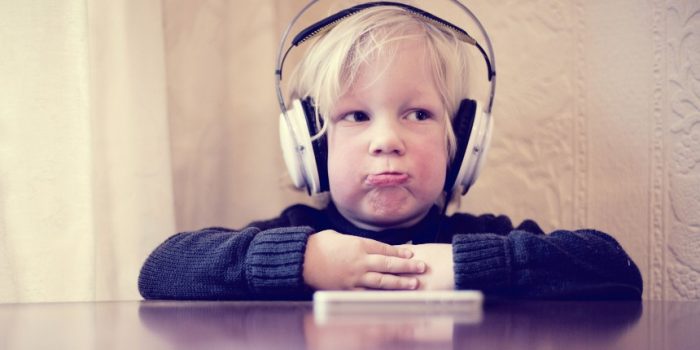 We must frankly recognize and examine the possible harmful influence of music. This should not surprise or shock us. Everything which is effective can be so either for good or ill.

It is well to make clear outright that the medical effect of music does by no means have to coincide with its aesthetic value. There is “bad” music (from the standpoint of art) which is harmless, and on the other hand there is music by some of the best composers which can be definitely harmful. It is not a paradox to state that music of a harmful character; the more expressive it is aesthetically the more dangerous it can be.

The harmful effects of music on body and mind are due to various factors. The most important of these is the kind or quality of the music. But there are others of a secondary character which can be influential and at times even decisive. These are: the amount of the music; the combination and succession of different kinds of music; the psycho­physiological constitution of each listener; the particular emotional state in which he or she is at the time.

Thus, a piece that is disturbing and upsetting to one person may have no or little injurious effect on another; for instance, a listener who is sensitive to music and whose passions are strong and not under control, will be influenced in a very different way from a listener of the intellectual type who is emotionally cold and unresponsive. If a person is in love, he will be much more disturbed and excited by erotic music than when his passion is dormant or when it has burned itself out, leaving only the cold ashes of disappointment. In some extreme cases, when listeners are abnormally sensitive, music can be the cause of serious troubles. Evidence of this has been given by Dr. MacDonald Hastings, who in his study on “Musicogenic Epilepsy” mentions twenty cases, eleven of them his own patients, in which epileptic fits were brought on by music. (Quoted by F. Howes in his book, Man, Mind and Music, p. 158).

There is then the manner of the arrangement of the concert program, when different and often opposite impressions, experienced in immediate succession, arouse confusing and conflicting emotions. Not seldom does it happen in concerts that the soothing effect of a piece will be destroyed by the exciting nature of the one that follows; the cheerful stimulation of a third piece is neutralized by the depressing influence of a fourth, and so on. Such contrasts can be variously appraised from the aesthetic point of view, but they certainly cannot be approved from the medical standpoint. Also the excessive amount of music at long concerts, showered upon the listeners, can cause nervous fatigue and psychological indigestion.

The kinds of music apt to produce injurious effects are manifold. First, there is the music that arouses the instincts and appeals to the lower passions, that excites by its sensual enchantment. To the musical pieces of this kind, among those having artistic value, belong the Venusberg scene in Wagner’s Tannhauser and certain parts of Salome by Richard Strauss. Concerning the latter, Frank Howes, President of the Royal Musical Association, expresses the following severe judgment: “Some small quantity of art can best be described as fleurs du mal.

Out of the festering corruption grows an exotic, gaudy, sinister, fascinating beauty. Fascination is an ambivalent emotion in which the attraction is enhanced by the concomitant repulsion. Strauss’s Salome, from the Dance of the Seven Veils to the end, is an instance of such fascinations; it dazzles, seduces, repels and conveys just that hothouse beauty of evil, the lurid, livid fungus growing on the dunghill.” (p. 71)

A second group of musical pieces of a harmful kind consists of those that are very melancholy and depressing, as they express languor and weariness, grief and distress, agony and despair. This kind of music may have great artistic merit and may have afforded relief to the composer himself and been a means of artistic catharsis, but it is likely to act like a psychological poison on the listener who allows its depressing influence to permeate him. Of this kind are certain pieces by Chopin, notably his nocturnes, in which that unhappy soul has given vent to his poignant melancholy and to his weakness and homesickness. They have contributed to the cultivation of that languid and morbid sentimentality which afflicted the young women of the romantic period of the last century.

Another type of music apt to be injurious consists of those musical compositions which, while representing interesting experiments in new forms of musical expression, reflect, with their frequent dissonances, their lack of form, their irregular and frenzied rhythms, the modern mind in its condition of stress and strain.

Many modern dances, particularly jazz, combine over­stimulation with the disintegrating influence of their syncopated rhythms. Howard Hanson, in his very good essay, exposes in a drastic way the widespread injurious influence of jazz. He says this:

“I hesitate to think of what the effect of music upon the next generation will be if the present school of ‘hot jazz’ continues to develop unabated. Much of it is crass, raucous and commonplace and could be dismissed without comment if it were not for the radio whereby, hour after hour, night after night, American homes are flooded with vast quantities of this material, to which accompaniment our youngsters dance, play and even study. Perhaps they have developed an immunity to its effect ­ but if they have not, and if the mass production of this aural drug is not curtailed, we may find ourselves a nation of neurotics which even the skill of the psychiatrist may be hard pressed to cure. It seems, therefore, only poetic justice that musical therapeutics should develop at least to the point where music may serve as an antidote for itself.”

Music, even when it is not directly stimulating the passions nor inducing depression and discordance, can be harmful owing solely to the fact that it arouses and nourishes an excessive state of emotion which, when it is not transmuted into constructive activity, weakens the character. This wallowing in sentimentality was sternly denounced by William James in his Principles of Psychology in these words:

“There is no more contemptible type of human character than that of the nerveless sentimentalist and dreamer, who spends his life in a weltering sea of sensibility and emotion, but who never does a manly concrete deed. Rousseau, inflaming all the mothers of France, by his eloquence, to follow Nature and nurse their babies themselves, while he sends his own children to the foundling hospital, is the classical example of what I mean. Even the habit of excessive indulgence in music, for those who are neither performers themselves nor musically gifted enough to take it in a purely intellectual way, has probably a relaxing effect upon the character. One becomes filled with emotions which habitually pass without prompting to any deed, and so the inertly sentimental condition is kept up. The remedy would be, never to suffer one’s self to have an emotion at a concert, without expressing it afterward in some active way.” (p. 125­126, Vol. I)

Finally, music can, and often does, have injurious effects on the performers themselves, who are subjected to a combination of harmful elements: muscular and nervous fatigue as a consequence of intense technical study and the excessive quantity of music, both heard and performed; the anxiety caused by public performances; the particular contrast of psychological attitudes required by the performance itself, which demands on the one hand perfection of technique, concentrated attention and self­ control, and on the other an emotional identification with the mood expressed by the music, needed to produce that warmth of expression, that powerful suggestion which fascinates the audience.

For these reasons performing musicians need, more than anybody else, to train their will, to control their emotions and to help themselves, or be helped, by a judicious use of relaxation and of all available means of psychotherapy.

Special attention should be paid to film­ music. Superficially considered it would seem that such music is of no importance since in a cinematographic performance it is the picture which is of primary importance. However, such is not the case.

From the very beginning ­ that is to say, at a time when the later invention of the sound film could not yet be foreseen cinematography performances were accompanied by music, which proves that the important effect of music on the spectators was well recognized. It is a Psychological law that the impressions which come to us through our senses are much more effective if related emotions, through the aid of other sense organs, are awakened within us.

There is also another psychological reason why accompanying music has a special effect upon the spectator. The conscious attention of the latter being completely concentrated upon the pictorial performance produces, instead of lessening the influence of the accompanying music, a tremendous increase in the effect which the picture has.

Research pertaining to the mechanism of suggestion and to the part the unconscious plays in the life of the soul has demonstrated that impressions received at the exclusion of waking consciousness and of critical judgment penetrate much more deeply into the individual; they affect man not only psychologically but also in his body and are even able to call forth functional disturbances.

Since music definitely increases the individual’s receptivity to the impressions conveyed by film episodes, it seems highly desirable ­ from the medical as well as the pedagogical standpoint­ thoroughly to examine film music and, where the effect is found to be harmful, to take steps to eliminate it. Often such accompanying music is sensual in character or overtly emotional and its effect upon the listener­spectator is enervating. Not seldom does it happen that through such music feelings of oppression and terror, created by film scenes, are reinforced so that their exciting effect is thereby greatly increased.

Source: “The Negative Effects of Music,” from Psychosynthesis: A Collection of Writings, by Roberto Assagioli