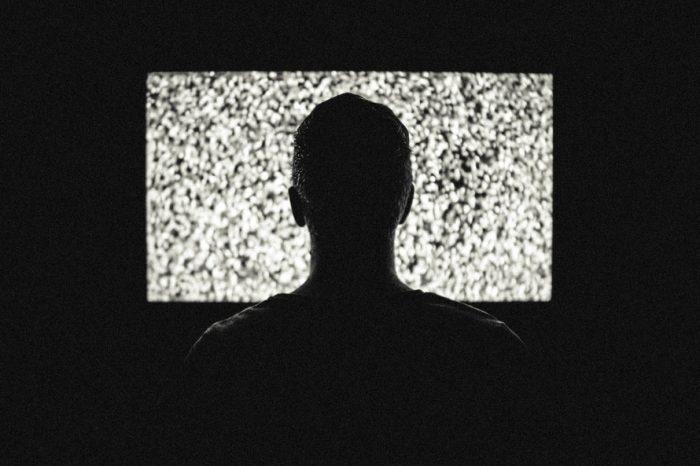 TV SUCKS. At least for the most part, and here you’re going to find out exactly why.

In a culture where most people are obsessed with watching television, I can’t help but point out the negative effects of watching too much television.

Don’t get me wrong, television certainly has much to offer, and without a doubt is a great innovation, but when it comes to relying on it, whether to be informed or entertained, it can certainly affect you negatively.

So what are the main harmful effects of watching television that you should keep in mind before tuning into your favorite TV shows?

Keep scrolling and I’ll show you.

Television is bad for your health

In case you didn’t, now you do.

So ask yourself this: Is it merely a coincidence that in the West — where people are spending enormous amount of time watching television — the rates of obesity and heart disease in people of all ages are rapidly increasing?

A study conducted by researchers at the Harvard School of Public Health indicates that watching too much television can significantly increase the risk of developing obesity and type 2 diabetes.

Another study carried out at the University of Rhode Island found that prolonged television watching decreases viewers’ sense of self-efficacy in maintaining personal health.

And these are just a couple of studies among dozens.

As you can understand, the side effects of watching a lot of TV on your health can be pretty damaging. So perhaps you’d be better off if you limited the time you spend keeping your body immobile staring at an electronic screen, don’t you agree?

One of the most harmful effects of watching television is that TV appears to portray or report reality, when in fact it just allows us to get a small glimpse of what’s really going on. This particularly happens while watching TV newscasts. When we watch a 30-minute newscast, we usually believe that what it’s showing us is all there is to see. After all, if there was more to see, wouldn’t television show us more?

Unfortunately most people accept whatever television is feeding them, without ever casting a doubt on its truthfulness. Perhaps the reason why we do so is that we prefer ignorance over knowledge, because, as the saying goes, “ignorance is bliss.”

The harsh reality is that searching to find out the truth requires effort, and so we prefer to let the evening news do all the search for us. In this way, we don’t need to do anything: No effort, nothing to worry about. We choose the easy way, but a serious disadvantage of doing so is that we also choose to accept a distorted view of reality.

When you watch an hour of TV, you’re exposed to about 15 minutes of commercials whose sole purpose is to persuade you to buy stuff.

How exactly do they achieve that? Firstly, by making you feel bad about yourself. Once they do so, they sell you products and services with the promise that they’ll improve your self-esteem.

In other words, commercials are emotionally manipulating you, and most of the time you aren’t even aware of it. The result? Spending your hard-earned money purchasing stuff you don’t really need and that will sooner or later leave you disappointed and sad. In addition, by constantly consuming things, you’re creating immense material waste that is messing up with our planet’s well-being.

Another dangerously bad effect of excessively watching television is the fact it can hinder our ability to think.

Having talking heads continuously giving us quick information, opinion, analysis and criticism for just about everything, slowly leads us to stop using our own critical thinking skills. As a consequence, we can be easily misinformed and manipulated.

That’s why it’s especially important for parents and school teachers to help children and students understand the ill effects of spending too much time in front of a TV screen. Children are much more vulnerable to the messages TV is sending, and so they need to be taught from an early age how to protect themselves from them.

Of course, there are a few programs on TV that are educational and thought-provoking (in other words, that have a good, positive impact on our intelligence), but let’s admit it: The majority of television programs are just trash.

Therefore, not only can’t television programs provide us with any decent thought to stimulate discussion, but they present information in such a way that we can’t digest it properly. As a result, we can easily form opinions without allowing the information to first be filtered through our minds, and while we might think that we become more knowledgeable, in reality we become dumb.

Life is short, but we choose to spend it watching television.

Instead of living our life to the fullest, we sit in front of a dead though “entertaining” device, which we have chosen as a substitute for true living.

Instead of going out to play soccer, we are so obsessed with watching soccer games and admiring our favorite sportspeople, as if they are some kind of heroes.

Instead of going to the kitchen and cook a healthy meal, we prefer to sit in the sofa, watching special cooking shows where people are savoring all kinds of delicious food, while we’re filling our bodies with junk.

Instead of going out to meet people, converse with them and have fun, we choose to be all alone confined within four walls, so as to watch with full attention adventure movies, reality shows, and soap operas.

But I am asking you, is this living?

A time will come when your physical and mental energy will be dissipated, and you’ll realize that you have not yet actually lived. But then it will be too late, and you’ll be filled with regrets.

So what are you waiting for? Turn off that goddamn TV and do something that truly matters.