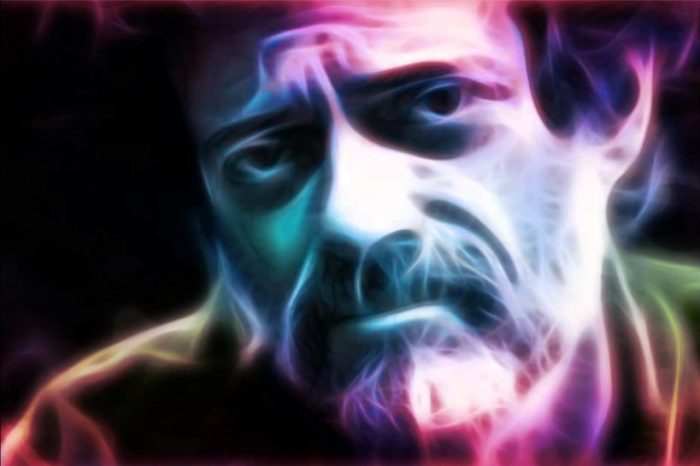 Here are 25 mind-blowing quotes from one of the greatest modern minds – Terence McKenna.

1. You are an explorer, and you represent our species, and the greatest good you can do is to bring back a new idea, because our world is endangered by the absence of good ideas. Our world is in crisis because of the absence of consciousness.

2. The cost of sanity, in this society, is a certain level of alienation.

3. Personal empowerment means deconditioning yourself from the values and the programs of the society and putting your own values and programs in place.

4. Culture is not your friend, it’s an impediment to understanding what’s going on. That’s why the words cult and culture have a direct relationship to each other. Culture is an extremely repressive cult that leads to all kinds of humiliation and degradation, and automatic, unquestioned and unthinking behaviour.

5. Television is by nature the dominator drug par excellence. Control of content, uniformity of content, repeatability of content make it inevitably a tool of coersion, brainwashing, and manipulation.

6. The artist’s task is to save the soul of mankind; and anything less is a dithering while Rome burns.  If artists cannot find the way, then the way cannot be found.

7. You don’t want to become so open-minded that the wind can whistle between your ears.

8. Half the time you think your thinking you’re actually listening.

9. Ego is a structure that is erected by a neurotic individual who is a member of a neurotic culture against the facts of the matter. And culture, which we put on like an overcoat, is the collectivized consensus about what sort of neurotic behaviors are acceptable.

10. We have been to the moon, we have charted the depths of the ocean and the heart of the atom, but we have a fear of looking inward to ourselves because we sense that is where all the contradictions flow together.

11. Nothing comes unannounced, but many can miss the announcement. So it’s very important to actually listen to your own intuition rather than driving through it.

12. The apocalypse is not something which is coming. The apocalypse has arrived in major portions of the planet and it’s only because we live within a bubble of incredible privilege and social insulation that we still have the luxury of anticipating the apocalypse.

13. It’s clearly a crisis of two things: of consciousness and conditioning. We have the technological power, the engineering skills to save our planet, to cure disease, to feed the hungry, to end war; But we lack the intellectual vision, the ability to change our minds. We must decondition ourselves from 10,000 years of bad behavior. And, it’s not easy.

14. We tend to disempower ourselves. We tend to believe that we don’t matter. And in the act of taking that idea to ourselves we give everything away to somebody else, to something else.

15. Nature loves courage. You make the commitment and nature will respond to that commitment by removing impossible obstacles. Dream the impossible dream and the world will not grind you under, it will lift you up. This is the trick. This is what all these teachers and philosophers who really counted, who really touched the alchemical gold, this is what they understood. This is the shamanic dance in the waterfall. This is how magic is done. By hurling yourself into the abyss and discovering its a feather bed.

17. The message of psychedelics is that culture can be re-engineered as a set of emotional and spiritual values rather than products. This is terrifying news.

18. The internet is light at the end of the tunnel… it is creating a global society.

19. Our world is in danger by the absence of good ideas. Our world is in crisis because of the absence of consciousness. And so to whatever degree any one of us, can bring back a small piece of the picture and contribute it to the building of the new paradigm, then we participate in the redemption of the human spirit, and that after all is what it’s really all about.

20. There is a spiritual obligation, there is a task to be done. It is not, however, something as simple as following a set of somebody else’s rules.

23. History is the in-rushing toward what the Buddhists call the realm of the densely packed, a transformational realm where the opposites are unified.

24. Matter is not lacking in magic, matter is magic.

25. The problem is not to find the answer, it’s to face the answer.