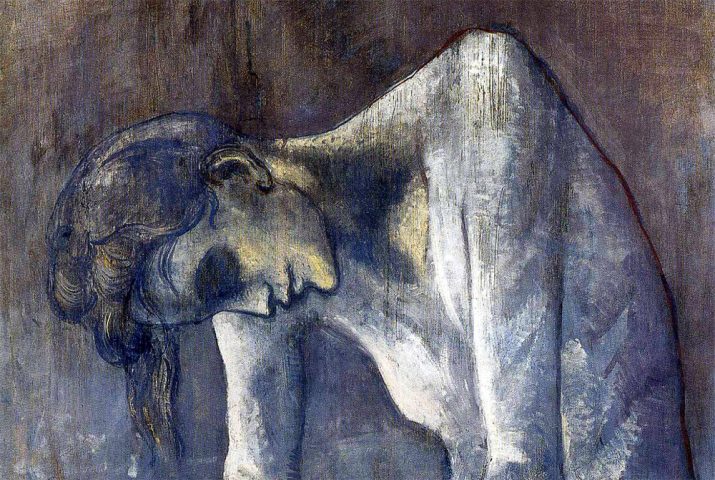 According to the World Health Organization, about 300 million people suffer from depression.

If you pay attention to what pharmaceutical companies have to say on depression, you might come to believe that the cause of depression is chemical imbalance in the brain, and that the only way to treat it is by taking chemical drugs, and more specifically, antidepressants.

But here’s the truth pharmaceutical companies don’t want you to know: There is absolutely no evidence supporting the claim that depression is caused by chemical imbalance in the brain. Yet most people – including mental health “experts” such as psychiatrists – think otherwise, having fallen victim to the misinformation pharmaceutical companies spread in order to sell their products.

Contrary to what pharmaceutical companies like us to believe, the body is not a machine that you can just tweak here and there with chemical substances and restore its health. Rather, the body is an organic unity, which is intrinsically connected to our psyche as well as our social and natural environment. Hence, you can’t treat a multidimensional condition like depression with the one-dimensional approach of just taking drugs.

Although depression often does have a biological, genetic, neurochemical component, it can’t be understood in isolation of psychological, social and ecological factors. Why? Because our neurochemistry, genes and biology are greatly influenced by those factors. For example, research shows that early life stress, such as childhood maltreatment, has a detrimental effect on brain structure, which significantly increases the risk of developing depression. Racism, sexism, unemployment, poverty, unfair working conditions, loneliness, nature deprivation and tragic events — among plenty of other factors — have also been shown to significantly increase the risk of developing depression.

To deal with the epidemic of depression, therefore, we need to address all those issues, instead of just ingesting antidepressants, as if they alone can magically heal us. In fact, studies suggest that, generally speaking, antidepressants have little to no positive effect on treating depression. Even worse, it can be argued that, overall, antidepressants do more harm than good, considering their severe side effects, which include weight gain, fatigue, loss of libido, insomnia, emotional flatness, agitation, increased suicidal thoughts and withdrawal symptoms. (Note: If you’re on antidepressants, I’m not implying or suggesting here that you should stop taking them. I’m only putting things into perspective.)

The good news is that, over the last few years there has been a slight yet noteworthy shift in approach when it comes to the treatment of depression. For example, more and more psychiatrists are becoming aware of the dangers of antidepressants, as well as the ineffectiveness of them alone in healing depression. As a result, many (although not most) psychiatrists are extra careful when to prescribe antidepressants, and when they do prescribe them they additionally advise their patients to engage in psychotherapy and other healing modalities, such as hypnosis, meditation, yoga, gardening, forest bathing and life coaching – all of which have been shown to be beneficial in treating depression.

But here’s one thing that nearly nobody in mental health care is talking about: changing society – and by that I mean our social systems and institutions. Psychiatrists and psychotherapists are focused on treating the individual, and their work’s goal is essentially to fix them so that they can become readjusted to society and function as “normal” people. But what if society itself is sick? Then it’s not really the individuals that need fixing, but the social conditions that mess them up in the first place.

For example, if someone is depressed due to stress caused by unemployment, then helping that individual heal from depression by finding her a job won’t do much to help minimize depression on a large social scale. Nor is it an effective, long-term strategy for dealing with depression on a personal level, for that individual might lose her job again due to the market’s inherent instability and competition. In comparison, a true, lasting solution would be changing our economic system from its very foundations so that it doesn’t produce unemployment anymore.

The same can be argued about loneliness, unfair working conditions, nature deprivation and other causes of depression that I mentioned earlier – all inevitable results of the various social systems in place.

Of course, supporting depressed individuals is important too, but if our goal is to deal with depression on a population level, then we need to address its root causes (the social systems) instead of merely its symptoms (the depressed individuals). An analogy I often give to illustrate my point is that of a sick tree which is producing sick leaves. One might try to treat the leaves one by one, but if the source of their sickness — that is, the tree — isn’t addressed, then there are extreme chances that the leaves won’t be healed. And even if one could somehow (maybe with some magical drug!) heal a leaf or two, the tree will still keep on producing new, sick leaves.

That is the holistic understanding we as a collective need to develop in order to effectively deal with depression. If we don’t, we will only achieve to perpetuate — and quite possibly worsen — this serious mental disorder that’s spreading like wildfire across the globe.